Source: Reported to be the last Commonwealth soldier to die during Word War 1

Digitized Service Record is under Briggs, Nassan Service no. 466681.

Notes: Some confusion regarding his actual first name. Several different spellings in the service record.

“The last of Canada’s First World War dead was 40-year-old Nassau Briggs, a labourer during peacetime who served as a sergeant with the Canadian Infantry’s 18th Battalion and is buried in Hamilton, Ont. Briggs’s death, on Aug. 31, 1921 of complications resulting from having been gassed, came almost three years after Armistice Day 1918, but as it coincided with the ratification of the peace treaty between Britain and Hungary — the last between Britain and its wartime antagonists — it is considered by the Commonwealth War Graves Commission to be the last death of a Canadian during the Great War. Nov. 11, 1918, in essence, was a truce, a temporary suspension of hostilities. The war didn’t end until its combatants agreed it was over and signed on the dotted line.”

[i] The Summary of Service for this soldier is meant as just that, a summary of his service. It is not intended to be an exhaustive biographical relation of his life or his war service. Some information may be deliberately suppressed by the author out of sensitivity to the soldier. Readers are encouraged to reference the actual service records available at the Library and Archives Canada in PDF format if they wish to learn more about this soldier. Such additional information (i.e. hyperlinks etc.) are for informational purpose only and no claim to verification or accuracy is made by the author of this summary.

[ii] No reference to this street found. 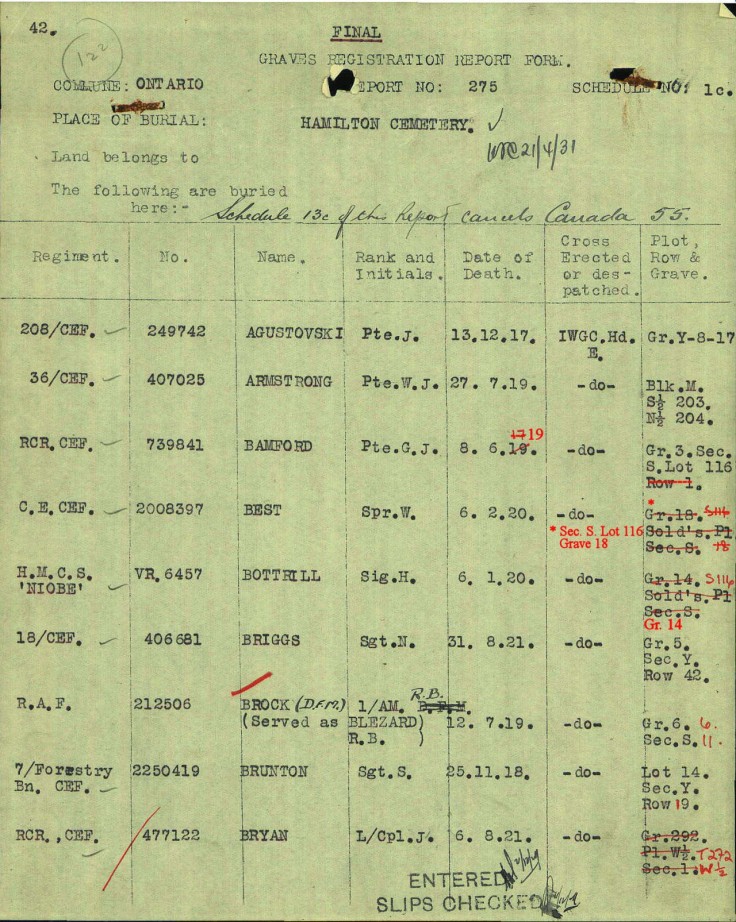