Colonel J.A. McIntosh was one of Galt’s outstanding soldiers. In civilian life he was the postmaster for thirty-two years.

A lieutenant in the 29th Regiment, in 1914 he joined the 18th Battalion C.E.F., becoming second- in-command in 1916. He was wounded in that year and again in 1918. He was awarded the Distinguished Service Order, the Efficiency Decoration, and was twice mentioned in despatches.

Following the war, McIntosh helped reorganize the Highland Light Infantry of Canada, becoming commanding officer in 1937. In 1940 he was the first officer of the Highland Light Infantry of Canada to enlist in World War II. Taking command of 1,100 men, he blended them into a highly competent and proud unit that proved in battle to be one of Canada’s finest battalions. In Britain, he was promoted to the rank of Colonel, and returned home in 1944.

He was an alderman for six years, served Trinity Anglican Church as a Board Member and Warden, and was an active Mason for fifty years. 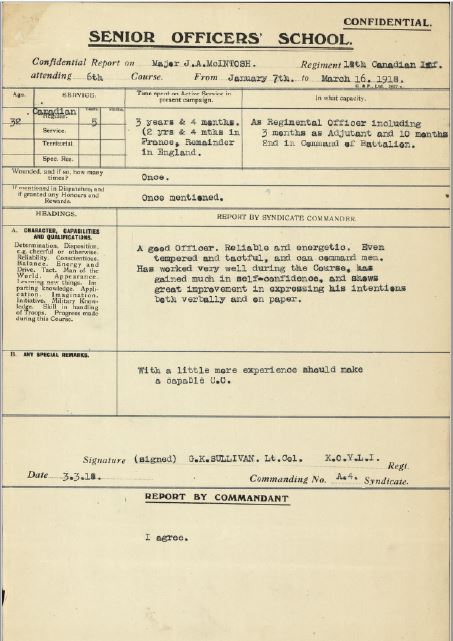 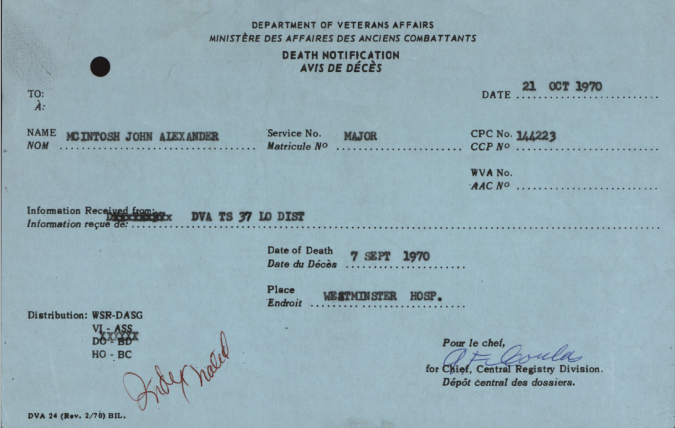