At 10.30 p.m. Party of 15 bombers and 10 scouts under Lieut. Allen (Scout Officer) and Lieut. McLinton [McClinton] (Bomb Officer) left our trenches and proceeded to a point halfway across “NO MANS LAND”.

The party halted here and the Scout Officer and Ptes. Forrester and Martin proceeded to enemy wire. At 1.05 a.m. they succeeded in cutting a four foot path through fifty feet of the enemy wire entanglements. Word was sent back and the raiding party moved forward led by the Bomb Officers.

Undetected by the enemy 19 of our party entered their front line and searched the lines for sixty to seventy-five yards. The trench was found to be in damaged condition and nothing of value could be found.

The party then started over the parados for the German second line. An enemy sentry challenged and was immediately bowled over by a shot from one of our party. A rush was made but was stopped by heavy wire entanglements. Meanwhile the Germans, taking alarm, threw cylindrical stick bombs at our party. The bombs landed in the trench just vacated and our men finding all further progress stopped by the wire retired.

Five of our party were wounded, one seriously. The entire party returned to the lines.

It would appear from these two operations that the enemy as a precaution against raids has abandoned his front line in many places, and has constructed a new line within bombing distance, heavily wiring the intervening space.

[i] See this link for another report about the same raid. 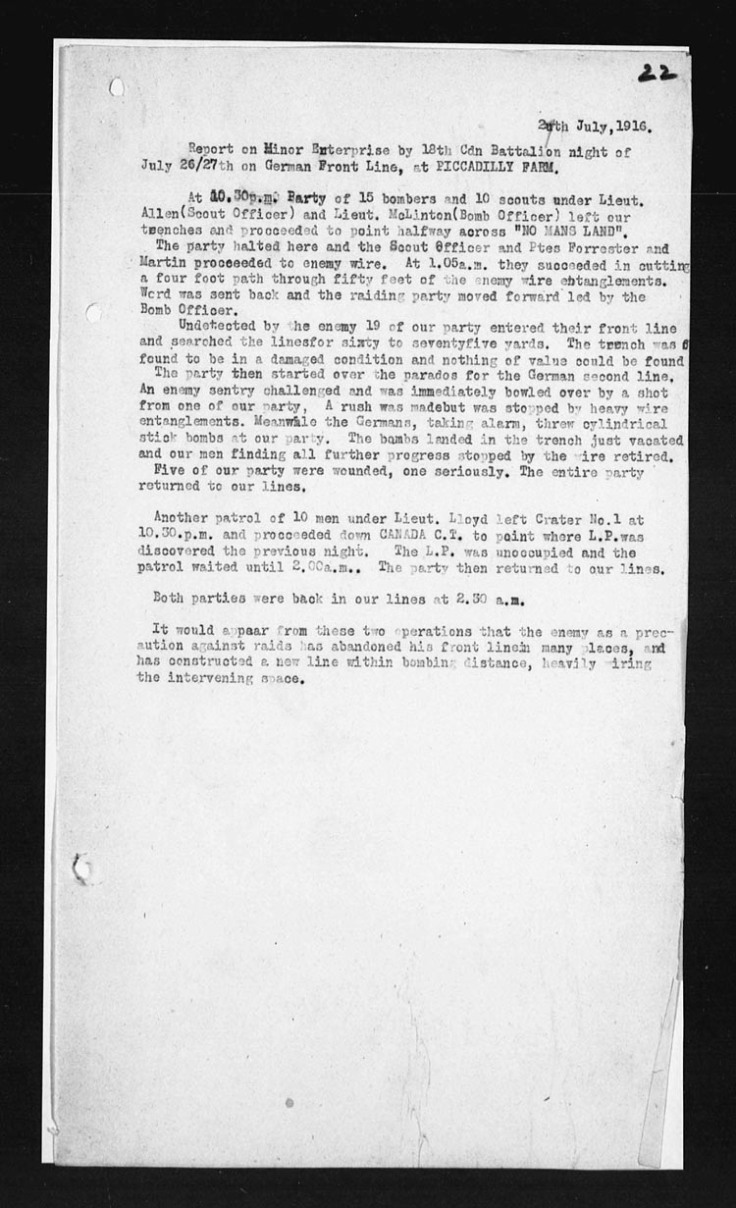