“For gallant conduct and devotion to duty. He remained under fire in the front line during the entire night, and in the morning carried back reports in the open. On the following night and day he guided several parties under most difficult circumstances to forward positions under heavy fire. He carried an Officer who was wounded, from the front line to a position of security, and rendered valuable aid throughout the next night in bringing in wounded.”

“Three London men killed and nine wounded is the official casualty report of last night and this morning from Ottawa. In addition there are many others in the list from Western Ontario. No less than three of Windsor’s sons are mentioned killed in action.

Pte. Thomas Jones, who was shot through the head, according to a cable news story in which he was mentioned for his conspicuous gallantry, was guiding an officer to an advanced position in broad daylight when he was hit and died almost instantly. He enlisted at London with the 18th Battalion, joining the sanitary section, and afterwards becoming a stretcher bearer. He was said to have been previously in both the British and American armies with an alias “Tommy Cronan.” Reports from the front referred to his repeated display of marked bravery and repeatedly he chose the most dangerous tasks on the battle front, often dressing the wounds of the injured men under a heavy fire. He had been recommended by his commanding officer for a Distinguished Conduct Medal. No matter who he was or where he came from, he was a real hero and his deeds will not be forgotten.” 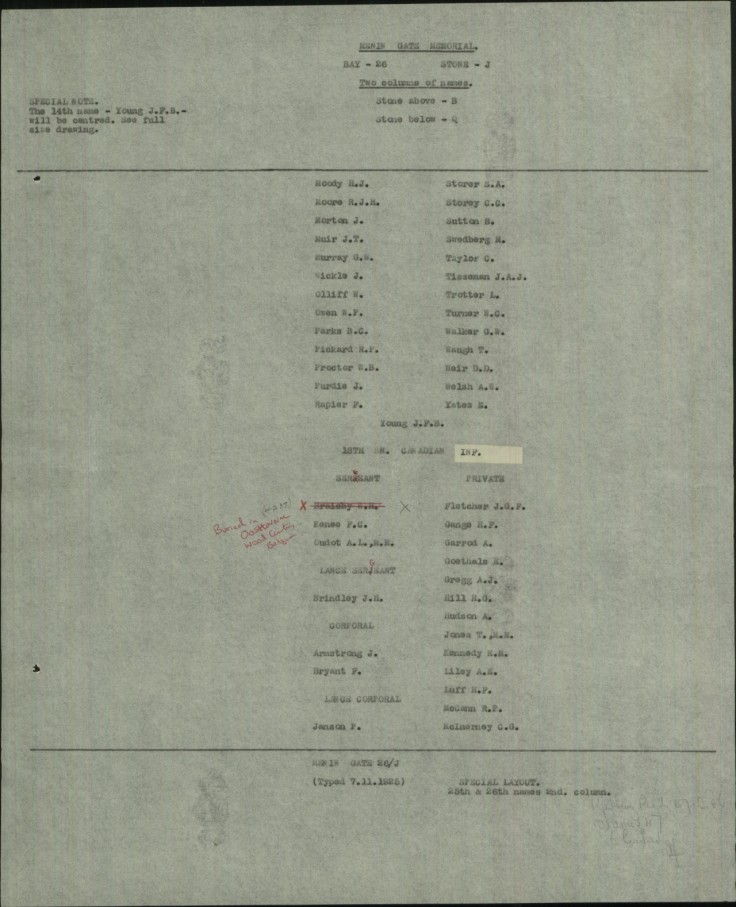 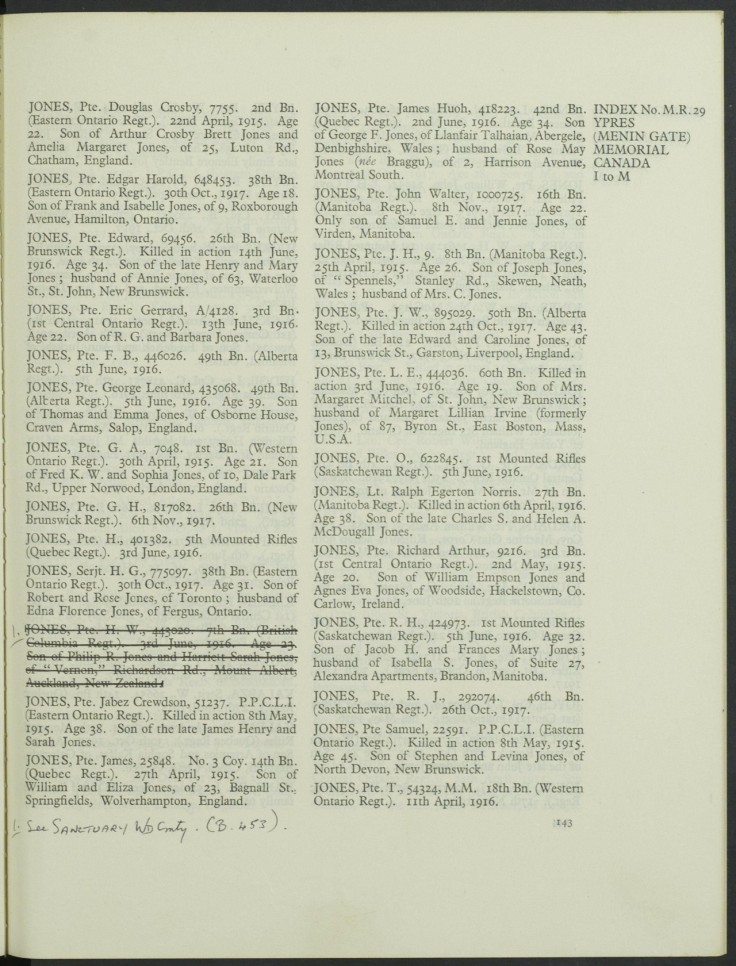