Source: Per news clipping from the Walkerton Telescope. March 13, 1919. Contributed by Jim Kelly. 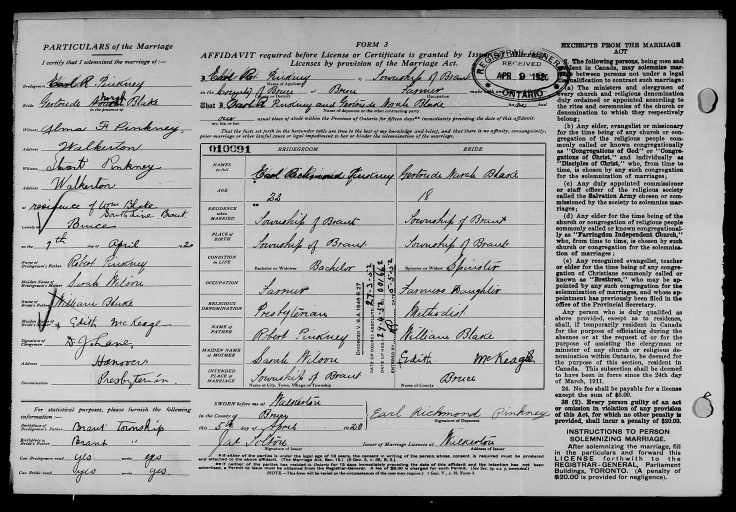 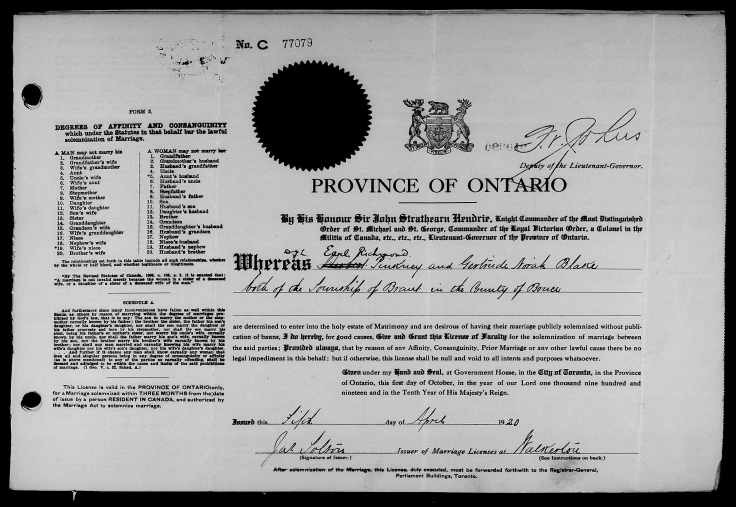 Pte. Earl R. Pinkney, who was reported wounded with a gunshot in the next on Oct. 12th., writes his mother Mrs. Pinkney, Maple Hill, that he is now in a hospital in London, Eng. The wound is a clean one and doing nicely.

Pte. Herb W. Woods, another 160th boy, got home Saturday night and was met with a large crowd at the station. Herb looks the same as ever but has not quite recovered from a sever wound he got at Cambrai. When the 160th was broken up in Endland, Pte. Woods, alowth with others went to the 18th Batt’n. On October 11th in front of Cambrai he got a bullet through his side which pierced the right link. It was the same day that Earl Pinkney, also of the 18th, was wounded. Herb arrived at Halifax on the Cassandra after eleven days on the water.