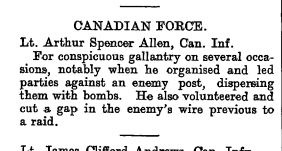 For conspicuous gallantry on several occasions, notably when he organized and led parties against an enemy post, dispersing them with bombs. he also volunteered and cut a gap in the enemy’s wire previous to a raid. 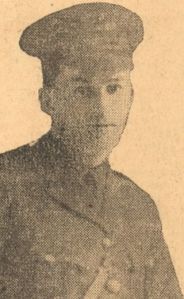 Newspaper Clipping – Born 1895 in Glenwood, Nova Scotia. Employed as a teller in the Barrington Street branch of the Bank of Nova Scotia in Halifax, N.S. Enlisted in 1915, fought in France in 1916 and was awarded the Military Cross for conspicuous bravery. Shot down while on patrol as a Captain in the 9th Squadron Royal Flying Corps and presumed dead in April 1917.

Newspaper Clipping – From the Yarmouth Herald for 5 June 1917. Source: http://goo.gl/hkbm9v

On May 7th a official despatch [sic] was received from Ottawa, stating that Capt. Arthur Spencer Allen, of the Royal Flying Corps, had been reported missing April 30th. No further news concerning his have been received until Saturday, when a letter to his wife reached Yarmouth, which reads as follows:

It is with the deepest regret that I have to tell you that your husband, Capt. Allen, was killed on April 30th, while flying with Lieut. McTavish, his pilot. They were engaged on a patrol at the time and were attacked by several German scouts who brought them down. The machine crashed badly on coming to the ground. I do not know if your husband had been killed before that by fire from the hostile machines, or if he was killed when the machine crashed. His pilot as slightly wounded. The German machine which brought our machined down flew over the next day and dropped a letter from themselves, saying that your husband’s grave is one kilometer southeast of Pave, which is about eight miles southwest of Cambrai.

May I venture to offer my sincerest and deepest sympathy in your time of grief and sorrow. Your husband’s death is a great loss to this squadron. He was very popular with his brother officers and was very efficient in his work. In addition, I cannot tell you how deeply I feel for you and sympathize with you in your trouble. He was brought down the other side of the line and was buried by the German Flying Corps. His pilot is a prisoner.

Again with my deepest sympathy, believe me, 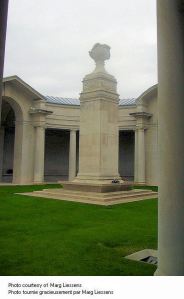 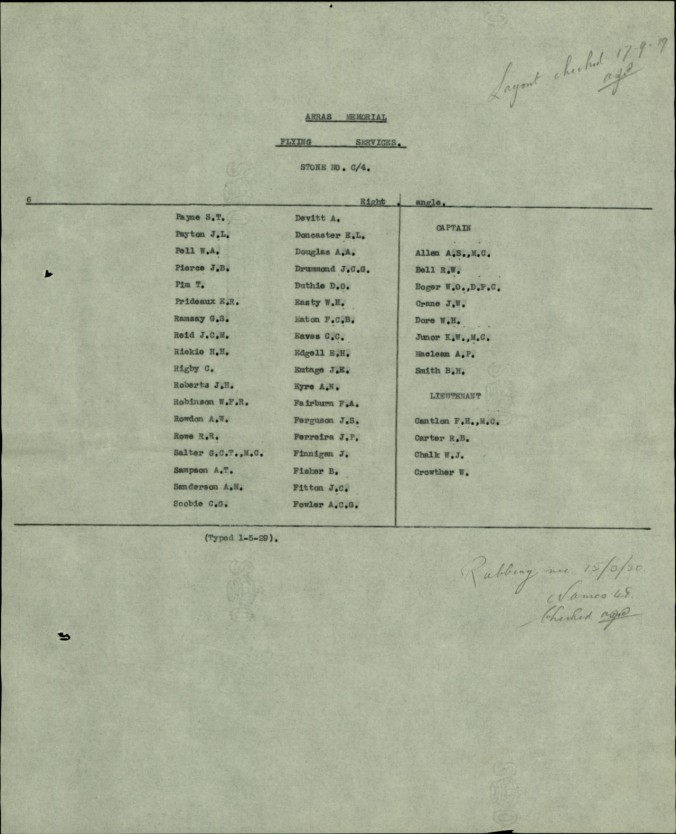 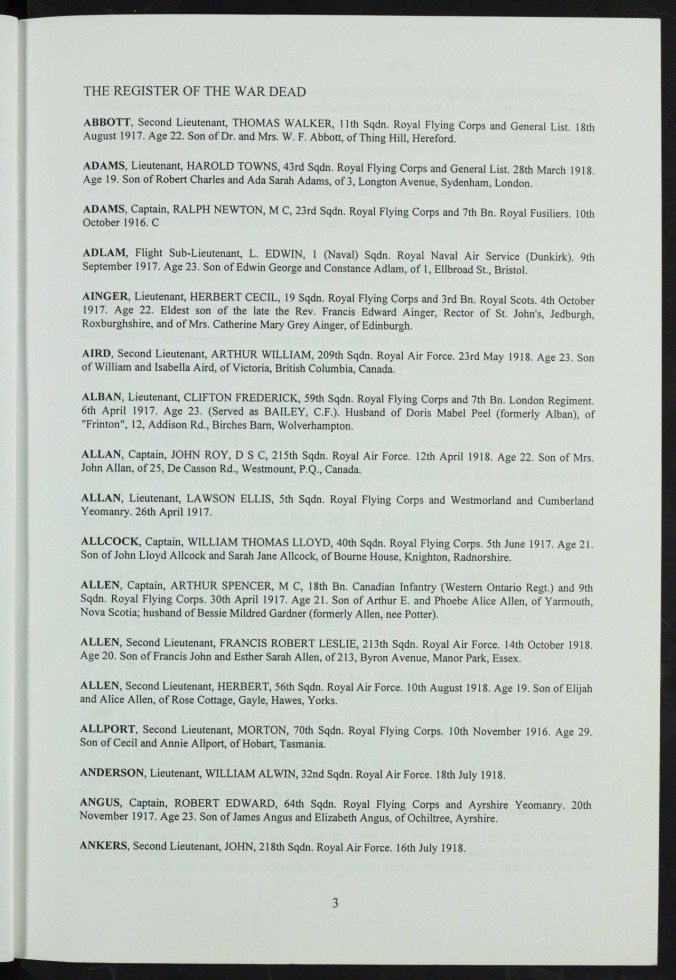