Pte. Jack Faulkner, 18th Battalion, home on sick furlough, received a letter from his son, Corp. Jack Faulkner, also of the 18th, telling of the experience if that fighting battalion in the recent Somme battles. Corp. Faulkner has escaped so far without a scratch, although he was in the recent advance, when the 18th went “over the parapet” and a number of his chums were killed and wounded. To his mother and sisters he sends word he has secured a number of souvenirs and will send them home. He has lots of German coins, a helmet and other articles. Corp. Faulkner has just passed his 18th Birthday. 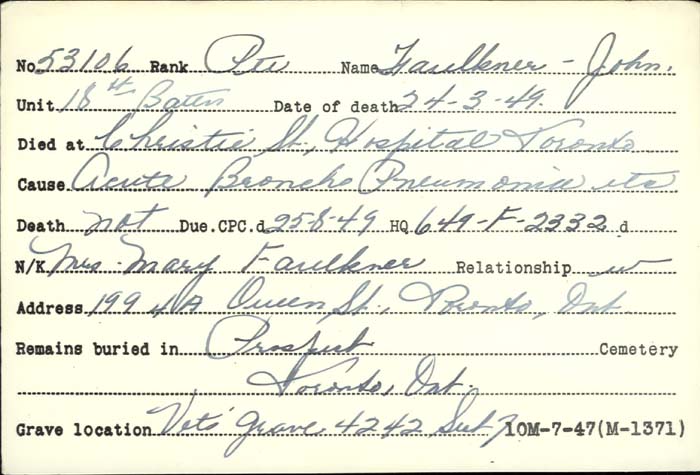