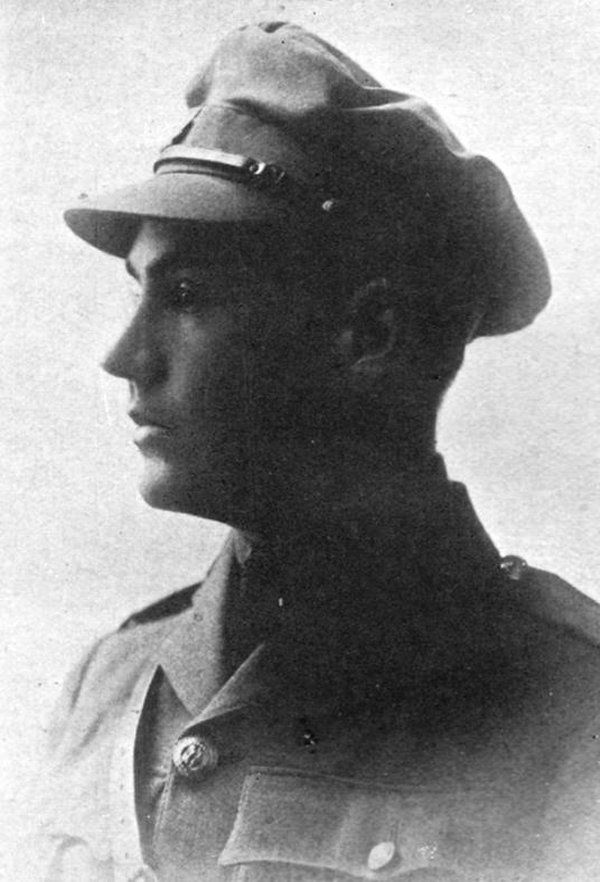 Photo of Donald Ryerson MacDonald – Lt. Donald Ryerson MacDonald, 18th Battalion, Royal Canadian Regiment Killed in action August 16, 1917, at 19 years of age. Born in Toronto, MacDonald was one of Appleby’s original students, having followed founding Headmaster John Guest from Upper Canada College. He played on the First Rugby (Football), Hockey and Cricket teams, won the Victor Ludorum Trophy in 1915, and earned admission to the University of Toronto. He was commissioned a Lieutenant in the Thirty-fourth Regiment, Canadian Militia, but reverted to the ranks twice in an effort to reach France. On arrival in England he was promised a commission in the Surrey Regiment; he took his course, but could not be gazetted because he was under age. He went to France as a private soldier in the Trench Mortar Battery of the Fourth Brigade, and after nine months in the trenches, was promoted Lieutenant in the field. He was killed by a bomb while reconnoitering ground in front of a newly-won position in the outskirts of Lens.
From the Appleby College archives. 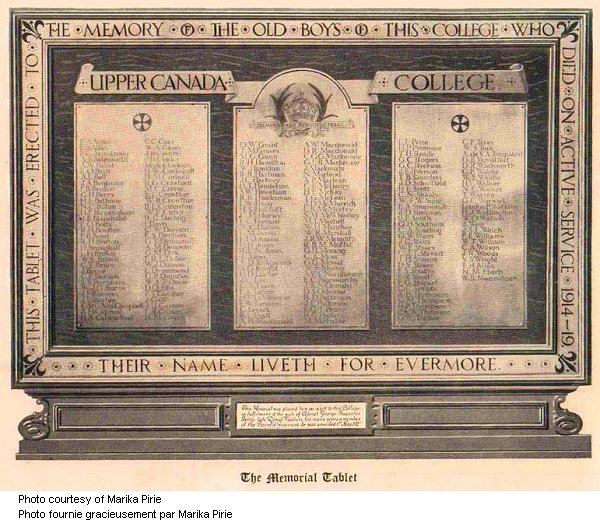 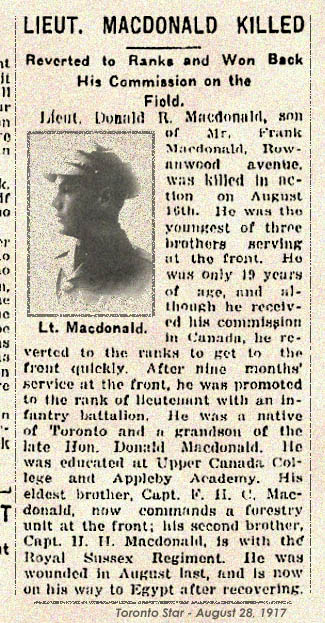 LIEUT. MACDONALD KILLED
Reverted to Ranks and Won Back His Commission on the Field.

Lieut. Donald R. Macdonald (sic), son of Mr. Frank MacDonald, Rowanwood avenue, was killed in action on August 16th. He his the youngest of three brothers serving at the front. He was only 19 years of age, and although he received his commission in Canada, he reverted to the ranks to get to the front quickly. After nine months’ service at the front, he was promoted to the rank of lieutenant with an infantry battalion. He was a native of Toronto and a grandson of the the late Hon. Donald MacDonald. He was educated at Upper Canada College and Appleby Academy. His eldest brother, Capt. F. H.C. MacDonald now commands a forestry unit at the front; his second brother, Capt. H.H. MacDonald, is with the Royal Sussex Regiment. He was wounded in August last, and is now on his way to Egypt after recovering. 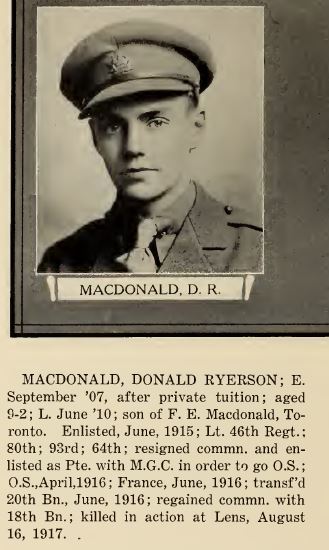 Via CVWM and Maria Pirie Photo of Donald Ryerson Macdonald – From The War Book of Upper Canada College, edited by Archibald Hope Young, Toronto, 1923. This book is a Roll of Honour including former students who served during the First World War.

Lt Dougal & patrol of “C” Co men (Sgt. Routley and others) went to ALOOF trench about noon. Reported enemy defences strongly held and were fired on from different points. 2 of party being killed, 2 wounded. Finding themselves nearly surrounded they sent up SOS and returned behind it protection. An Officer’s patrol of Lt Dougall, McDonald & Sloane on returning from patrol had Mills grenade thrown at the by a man in “C” Co outpost killing Lt. McDonald.[i]

[i] This is the first instance of a recorded friendly fire incident in the War Diary. 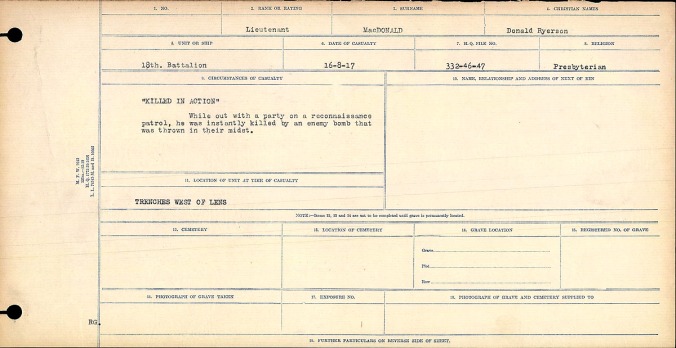 “KILLED IN ACTION” While out with a party on a reconnaissance patrol, he was instantly killed by an enemy bomb that was thrown in their midst. 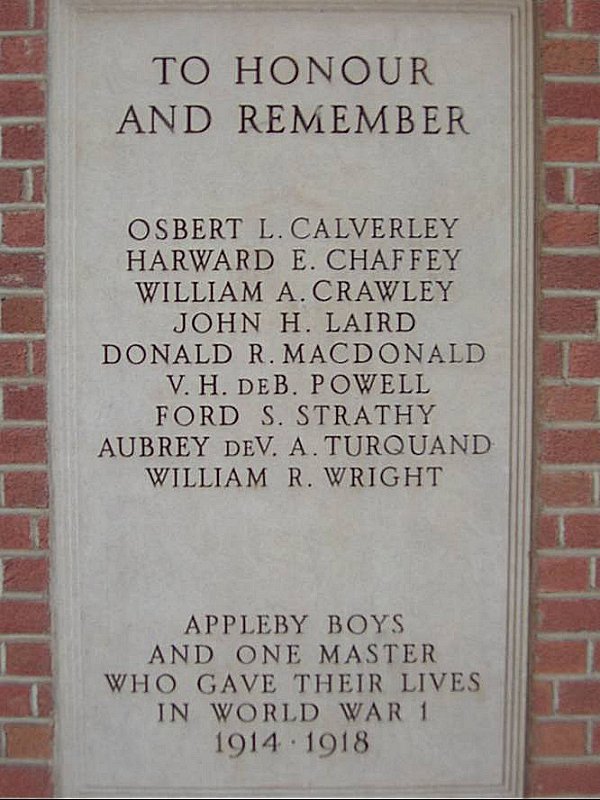