Source:  The City of Cambridge Honours Our Veterans 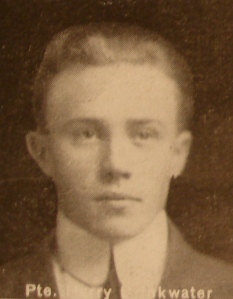 Died of Wounds April 25, 1916 No 6 Field Ambulance Station; Private; Born in Galt; Age 22; Spent some time in the UN [United States] – returned from Flint, Michigan to enlist; Enlistment October 28, 1914 with the Western Ontario Battalion; Occupation – Machinist; Son of Mrs. Mary Drinkwater; 177 Water Street, South, Galt; Mother had just received a letter written April 15 in which he told of having successfully gone through an engagement lasting seven days and six nights during which time he was never off duty. Battle referred to was probably St.Eloi. operated on in England for appendicitis; first Galt man to ride in the City of Galt ambulance; went into the trenches September 15, 1915; never wounded before April 25; two brothers serving William with the 29th Battery of the 11th Howitzer Brigade, now in England, Andrew, a bugler with the 111th Battalion. Other survivors – brother Lorne at home; Four sisters, Mrs. Henry Robertson – Mrs. Bullock – Mrs. Glennnie – and Louise all of Galt.

“I regret very must to inform you of the death of your son. He was killed when on duty with our company. A heavy shell struck the trench where he and two others were standing, and all of them were wounded. Your son was conscious when being removed on the stretcher. I thought he would recover, but found the next day that he had died in the ambulance between the first dressing station and the field ambulance. He was buried in a cemetery close to our rest camp where I am writing this letter, and I intend to go up to the cemetery and arrange for marking his grave with one of our regimental crosses. Your son died doing his duty and gave his life in a noble and honourable cause. He was a bright, cheery boy. I remember before leaving England he had appendicitis and was to be left behind. He came and pleaded with me to be taken with the 18th Battalion. I spoke to the doctor and we arranged it, and for a time I lightened his duties until he was strong and well. He was a very brave young man, and acted as a guide for me one night in a grenade attack. Not the least sign of fear did he give, but was joking all the time, even when the metal was flying like a snowstorm. His humorous disposition made him very popular with the boys and he will be much missed by all of us. As a father, I can partly appreciate your sorrow. If I can be of any assistance in giving further information I will be pleased to do so”

“One of those 18th heroes who fell in action, who did his bit, was Pte. H. Drinkwater of Galt, Ontario and a braver man never donned the King’s uniform. But I said “man”. In reality he was only a boy, not long out of his teens. He was a Canadian to the fingertips, keen and alert all the time and full of optimism. No, he did not have the appearance of a soldier. His features belonged to the feminine type, and his smile must have been born with him.

Young Drinkwater did not seem to know what fear was. No matter how dangerous a task he was given on the battlefield, he was always ready and looked on the humorous side of things, even when the hellish shells burst near him and the shrapnel played on his steel helmet. But it was at the battle of St. Eloi where Drinkwater distinguished himself most, when the terrific struggle for the crater was in progress. It was a night long to be remembered by those whose mission is was to add further honor and glory to the good old Union Jack.” 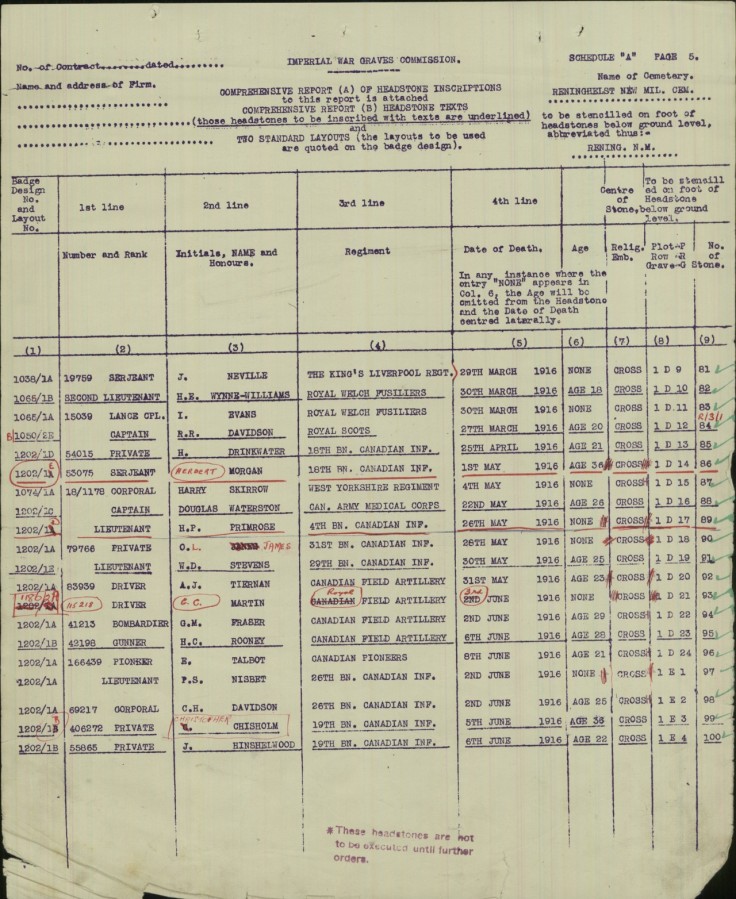