Mr. and Mrs. Robert Draper of town received the sad news on Friday morning that their son, Sergt. Robt. Murray Draper, M.M., had being killed in action August 28th. Murray was the 7th boy to sign up in the 161st Battalion and while training took his non-commissioned officers’ training here. He left with a draft of sergeants for France after the 161st got to England, and had been in the trenches for 20 months. He won the Military Medal at the battle of Lens about three months in the trenches for bravery on the field. Murray took an active part in sports, especially hockey. He was employed in the Doherty Piano Co. prior to enlisting. He was a member of the Clinton !.O.O.F. lodge and a popular young man.

“Killed in Action” During military operations in front of Vis-en-Artois, on the afternoon of August 28th, 1918, he was shot through the chest by enemy machine gun bullets and died almost immediately. 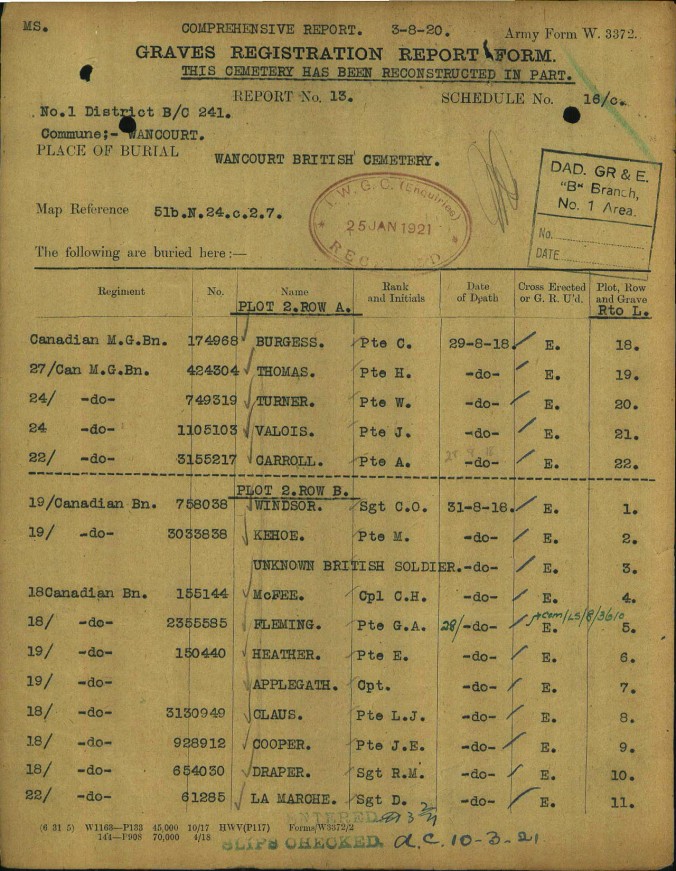