Paddy ROBERTSON’s descriptive letters home gave a glimpse of what life was like in the trenches. Although paper was scarce, he improvised using “pieces of heavy fibre paper he took from the ruins of an enemy aeroplane.” He wrote home to his sister in January 1918, “Our platoon is down in a dug-out 15 feet below surface.” In April he writes, “At present they are strafing pretty hard and thousands of shells are in the air at once. This is a new front to us and a rather rough one…you can guess what No Man’s Land and our wire looks like with death Huns – fine business for the Kaiser’s fat factory!” In another letter dated August 19, 1918 he states, “Our battalion was the first over the top and we sure had a lot of good sport with the Fritzies.” Nine days later Paddy’s luck ran out. He was on the front line with two other local soldiers but they were separated. Paddy was hit and died instantly from a high explosive shell on August 28, 1918. Paddy’s military career began when he enlisted with the 186th (Kent) Battalion in November 1917. He trained in bomb throwing at Bramshott in England. An injured ankle delayed his being sent to the front until 1918 when he joined the 18th battalion in France. Whitney Glenn (Paddy) ROBERTSON died about 14 miles from Arras and is buried in the Dury British Cemetery in France.

Whitney Glenn (Paddy) ROBERTSON was the son of William Fraser ROBERTSON and Mary Ann DUCK. William and Mary Ann were married at Thamesville, Ontario on March 24, 1881 but resided in Morpeth, Ontario. His occupation was a tailor and they later moved to Blenheim, Ontario where he lived on Talbot Street and had a tailoring business. His ROBERTSON grandparents were both born in Scotland according to the various Ontario census records. 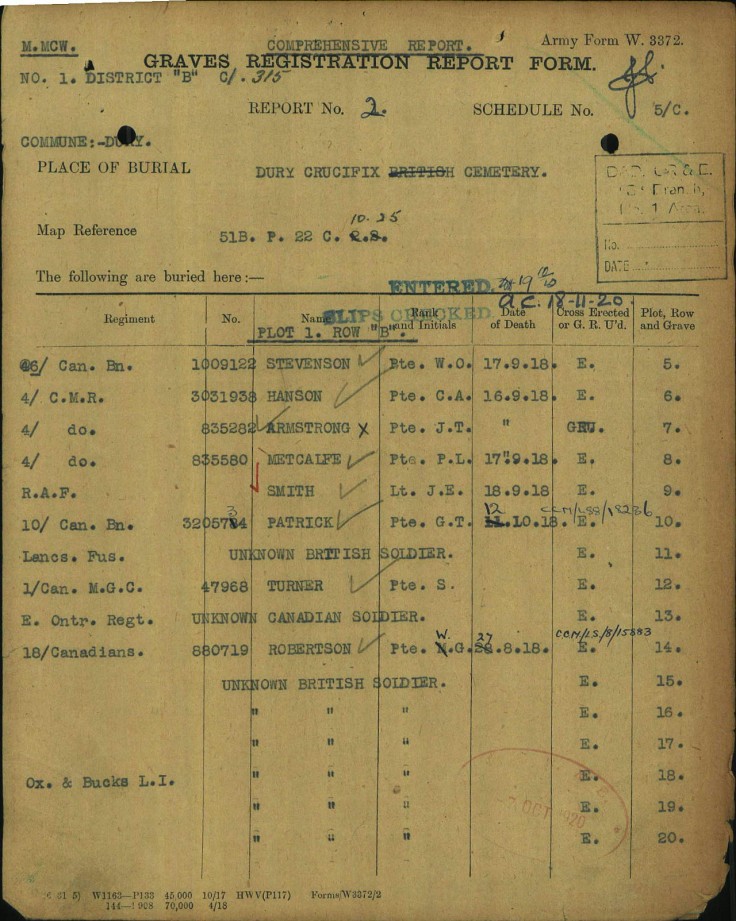 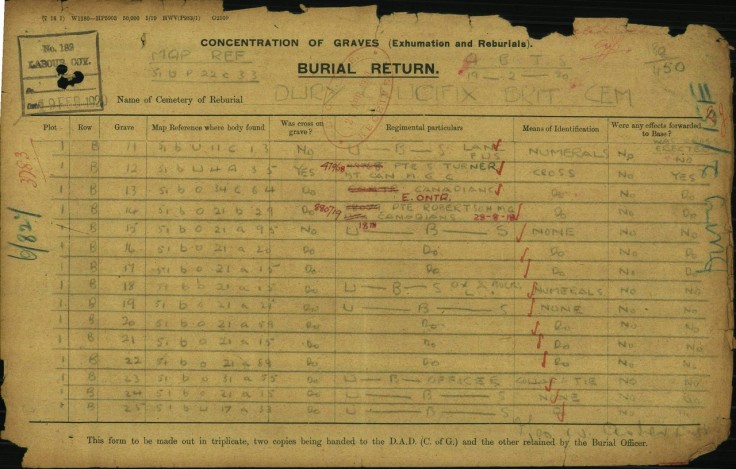 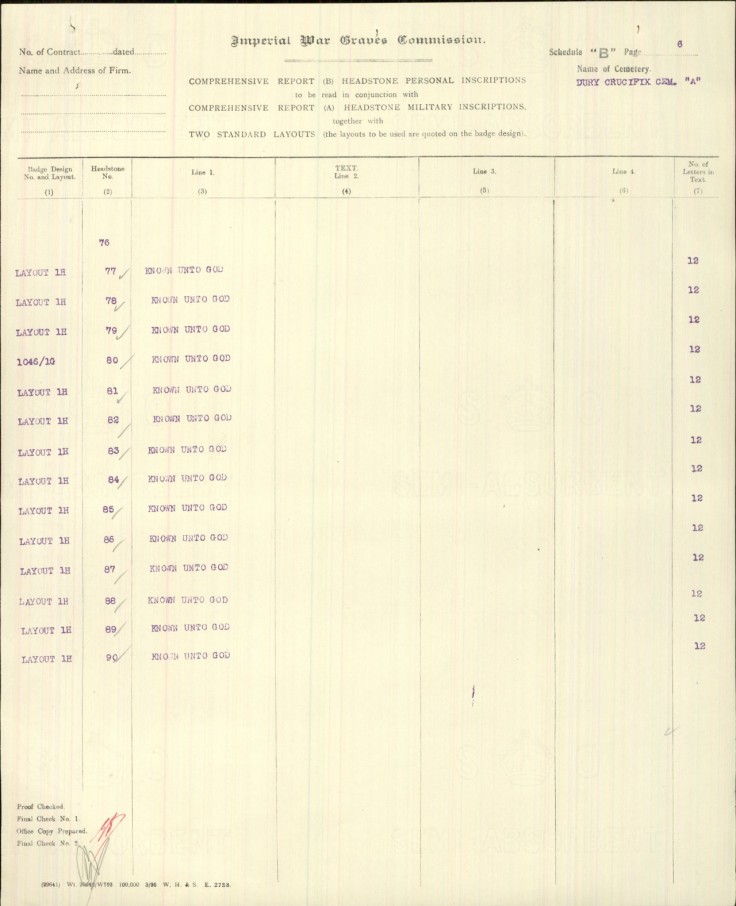 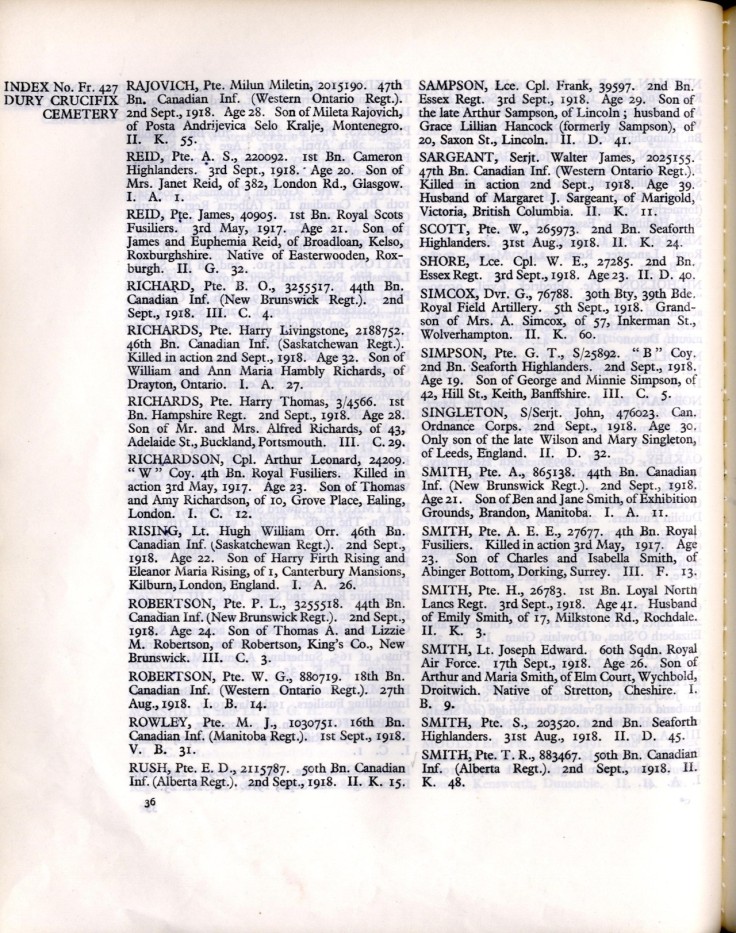