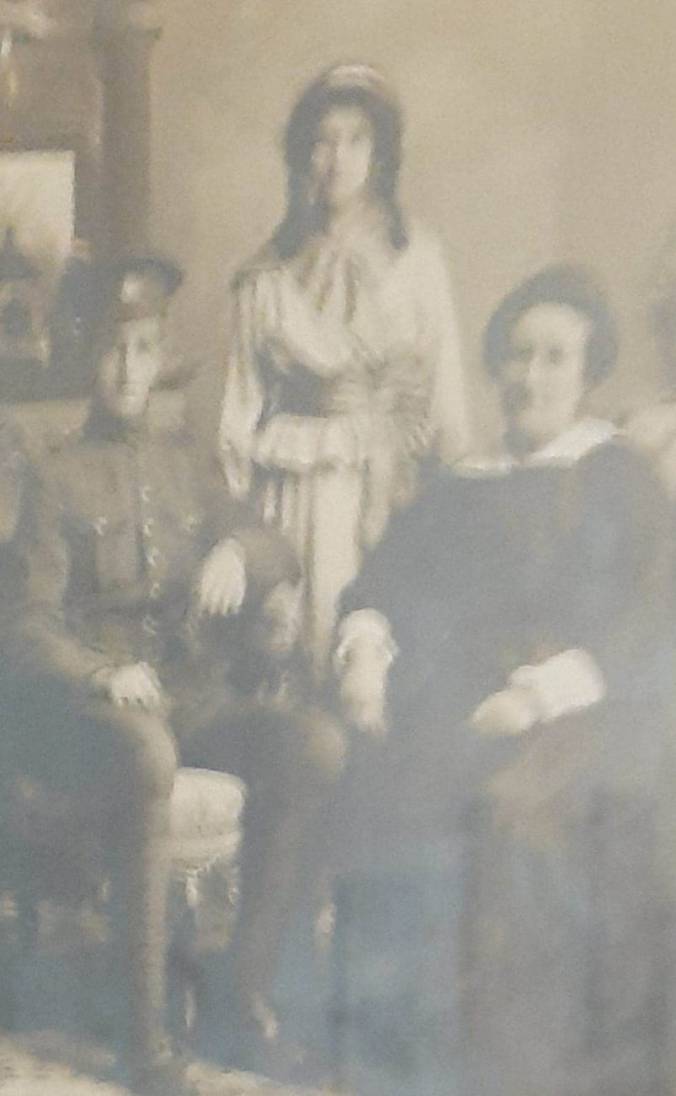 Collacutt, Jack Harland: Service no. 745052, with his sister and mother Circa 1916. ource Michael Collacutt via Canadian Expeditionary Force Research Group post at their Facebook Group.

Jack Harland Collacutt 745052 was born in Port Perry, Ontario on 20 March 1900. He attested on 28 November 1915, at Uxbridge, Ontario, with the 116th Overseas Battalion, claiming he was born on 20 March 1897. This lie would catch up with him in 1917. Being only 15 years old at the time, Jack already stood 6′ tall, 135 pounds, with dark complexion, brown eyes and hair. His mother was Tina (Hanck) Collacutt, also of Port Perry. His father was a horse dealer, Herbert Callacutt.

Sailed for England, from Halifax, 23 July 1916, arriving 31 July 1916 at Liverpool. Went to France August 1916. Served with 18th Battalion from 5 October 1916, Jack joined his unit in the field, 22 October 1916 with 81 other recruits in reserve billets at Bully-Grenay. Only two days later, Jack was in the front lines when three of his comrades were killed. After a week in the front lines, Jack’s unit is relieved by the 20th Battalion. After five days back in billets at Bully, the 18th Battalion return for another tour of duty, after which they returned to Calonne in Brigade support. On 18 November 1916, the unit is back in the front lines in front of Calonne. In Brigade Reserve at Bully on 23 November 1916, the routine continues, finding the unit in the front lines at Calonne on Christmas Day.

In January of 1917 Jack’s unit, ‘A’ Company, is in the front lines at Maroc, and upon being relieved by ‘C’ Company on 17 January 1917, Jack was immediately was transferred by Field Ambulance to hospital, rejoining his unit at Haillicourt on 28 January 1917. Now at Auchel for training, Jack is admitted again to Canadian Hospital, Havre with Influenza on 9 February 1917, and discharged four days later. Jack won’t spend much more time with the 18th Battalion, leaving them behind at Thélus on 23 February 1917, as Jack is transferred to Can. Div. Train, Shorncliffe, for discharge – it was determined he is underage.

Jack is placed in the 4th Reserve Battalion, 25 February 1917. On 14 November 1917, Jack is T.O.S. by C.A.M.C. at Bramshott Camp, and eventually spends the remainder of the war with the Medical Corps at Shorncliffe. Admitted to Bramshott Hopsital with Bronchitis, 26 November 1917, and discharged 4 December 1917.

Jack managed to get back home fairly early after the Armistice, and was discharged 27 December 1918 in Toronto. He went on to live in Oregon and joined the SeaBees in 1940.