Major R. Emmerton, recently commander of a company in the 18th Battalion, and invalided to Canada because of rheumatism contracted in the trenches, reached London in Saturday and reported to district headquarters for instructional duty. He is now spending a few days leave at his home in Kincardine. It is understood Major Emmerton will be assistant instructor in musketry for the district.

This soldier figures prominently in the 18th Battalion War Diaries not least of which is the number of times he is in and out of hospital as the War Diary progresses. As such will be updating this soldier page as new information comes to light.

He survived the war and continued to serve in the 32nd Bruce Regiment. Below are some images from the Bruce County Military Museum site. 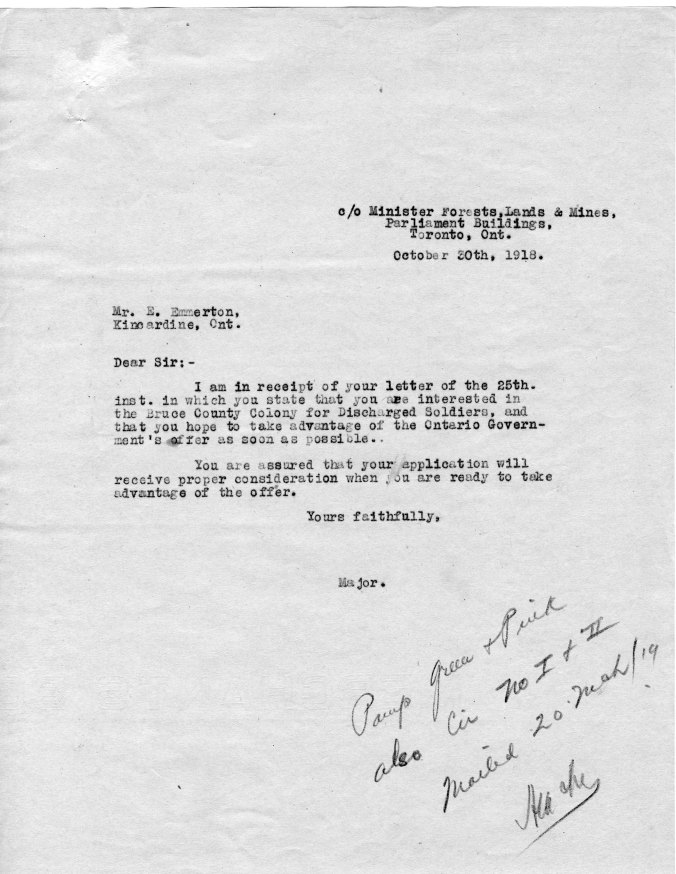 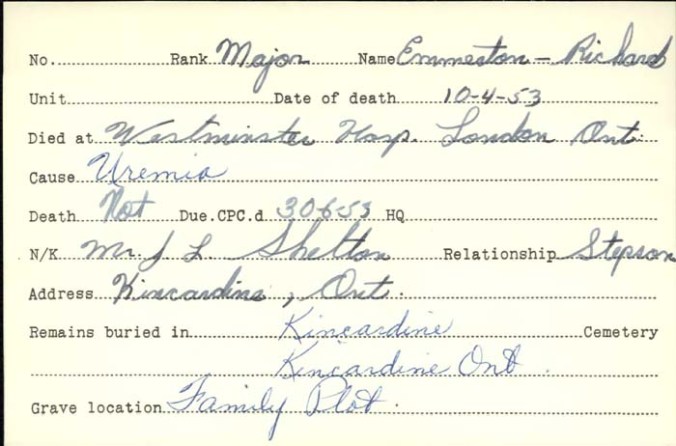