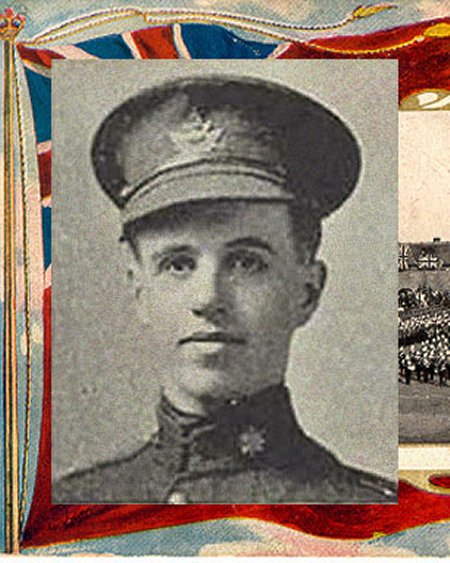 Photo of Elwon David McDonald – Caption (pg. 378): SOLDIERS OF PEEL WHO LOST THEIR LIVES DURING THE GREAT WAR. Author – William Perkins Bull. “From Brock to Currie: the military development and exploits of Canadians in general and of the men of Peel in particular, 1791 to 1930.” Toronto, 1935. Source: CVWM

Inscription – His name as it is inscribed on the Vimy Memorial (2010). Over 11,000 fallen Canadians having no known place of burial in France, are honoured on this Memorial. May they never be forgotten. (J. Stephens). Source: CVWM 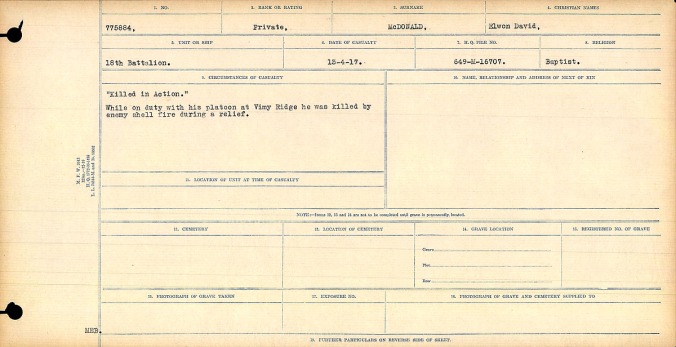 “Killed in Action.” While on duty with his platoon at Vimy Ridge he was killed by enemy shell fire during a relief.