Pte. R. Jackson, who was previously reported missing, is now believed to have been killed. Jackson is a St. Catharines, Ont. man, who enlisted and went overseas with the 81st Battalion.

“Previously reported Missing now Killed in Action.” He was killed during the advance and capture of Courcelette. No further details relative to the actual circumstances under which he met his death are available. 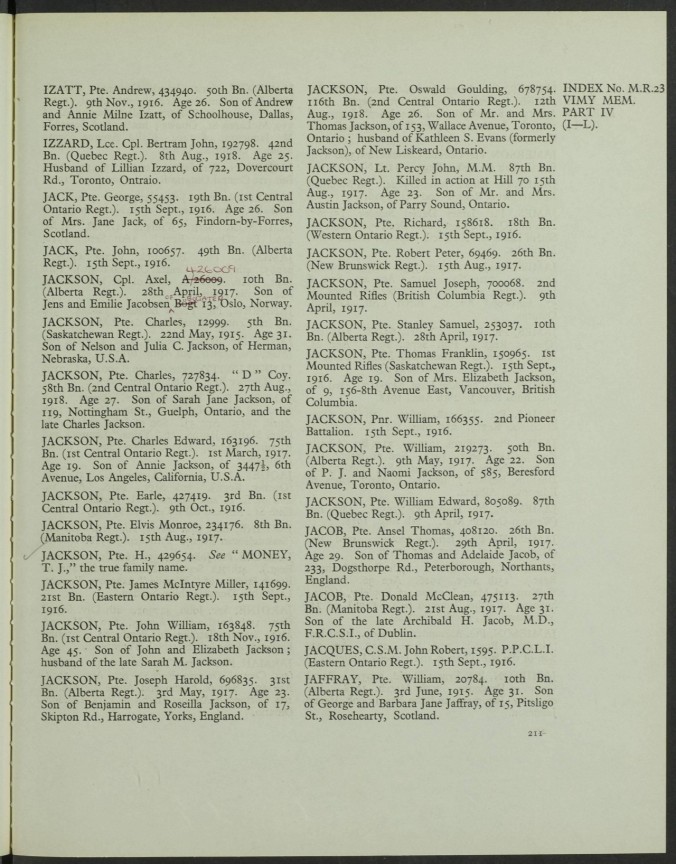