The gunshot wound in the head of Sergt. C.H.W. Ross has proved fatal. He is this morning officially reported to have died a t the No. 30 Casualty Clearing Stations. Sergt. Ross is the son Mr. and Mrs. Thomas Ross of 895 Yonge street. He was 23 years of age and was born in Toronto. He went overseas in April last, and was reported wounded on March 5. Previous to enlisting he was employed by the Hyslop Automobile Co. He was a member of the Orange Young Britons’ Society and of the St. Paul’s Anglican Church. 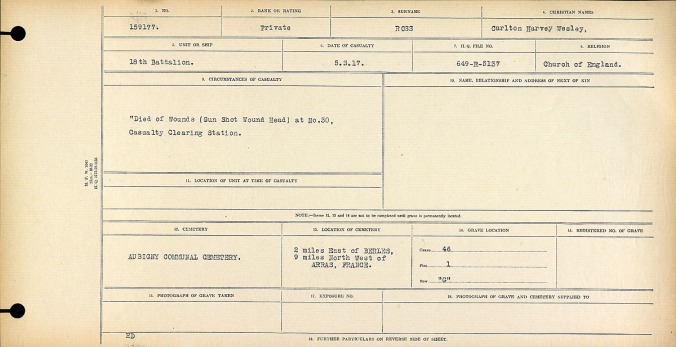 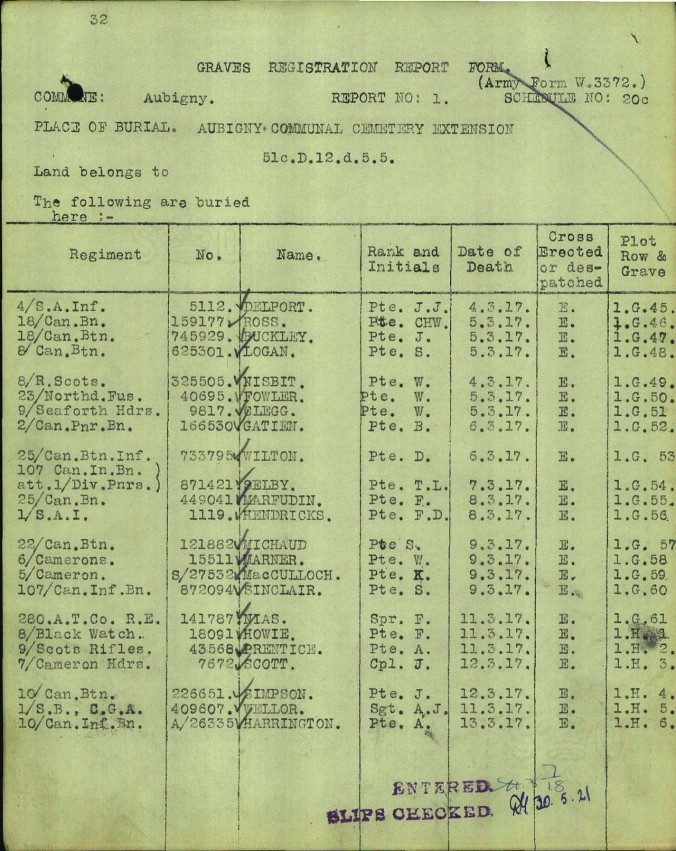