Ewart Gladstone Berry: Private Ewart Gladstone Berry was born in Brantford, Ontario on May 23, 1898. He was the son of John and Agnes Berry. According to his attestation papers, he and his parents were listed as living in Tilsonburg, Ontario, but by the 1921 Census, the Berry Family had moved to Toronto Street in Guelph. Before the War, Pvt. Berry was employed as a Clerk in Tilsonburg. He is listed as being 18 years old, and 5 feet 11 inches tall on his enlistment papers. During the War he was attached to the 168th Battalion and the 18th Battalion of the Canadian Infantry. Pvt. Berry’s Circumstances of Casuality states he was Killed in Action on August 15, 1917 in Lens; an area in the Pas-de-Calais region of France. His name is listed on the Vimy Ridge Memorial in France. 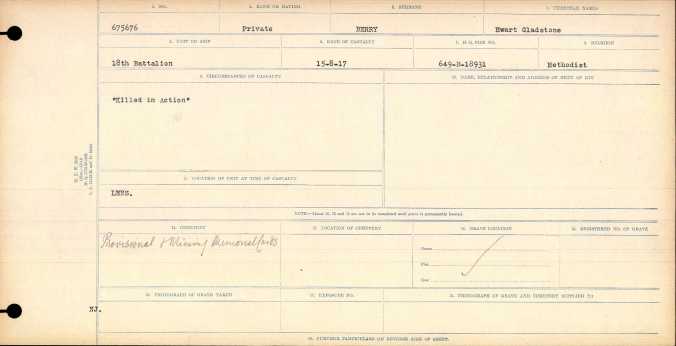 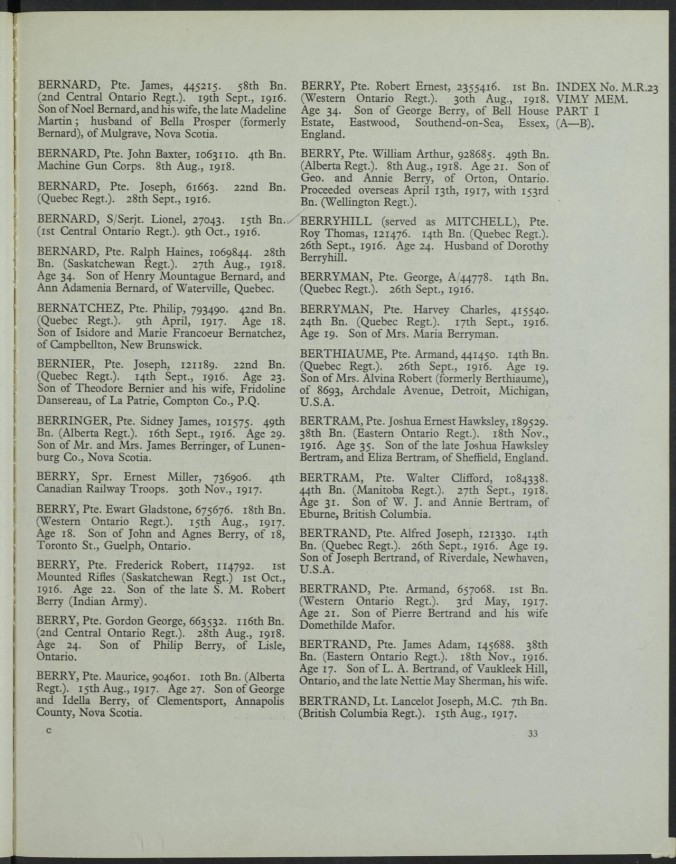