Mrs. Agnes Yeaman, whose city address is 134½ Mutual street, but who is now at Gravenhurst, has been informed that her husband, Pte. Robert L. Yeaman, was killed in action on Augusts 21st last. The last letter from him was dated two days before that, and in it he stated that he was still in rest billets, and that she need not worry concerning him. She hopes, therefore, that there may be some mistake. Pte. Yeaman’s name is on the honor roll of Central Methodist Church. He was born in Edinburgh, and came to Canada six years ago. He went overseas in August last year. Mrs. Yeaman has been in hospital the past three months. 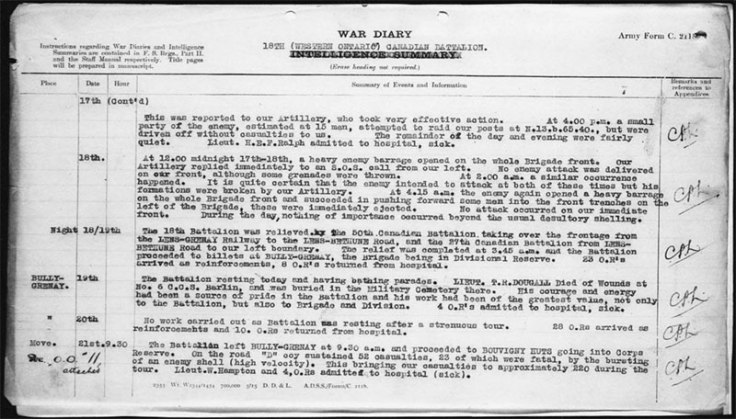