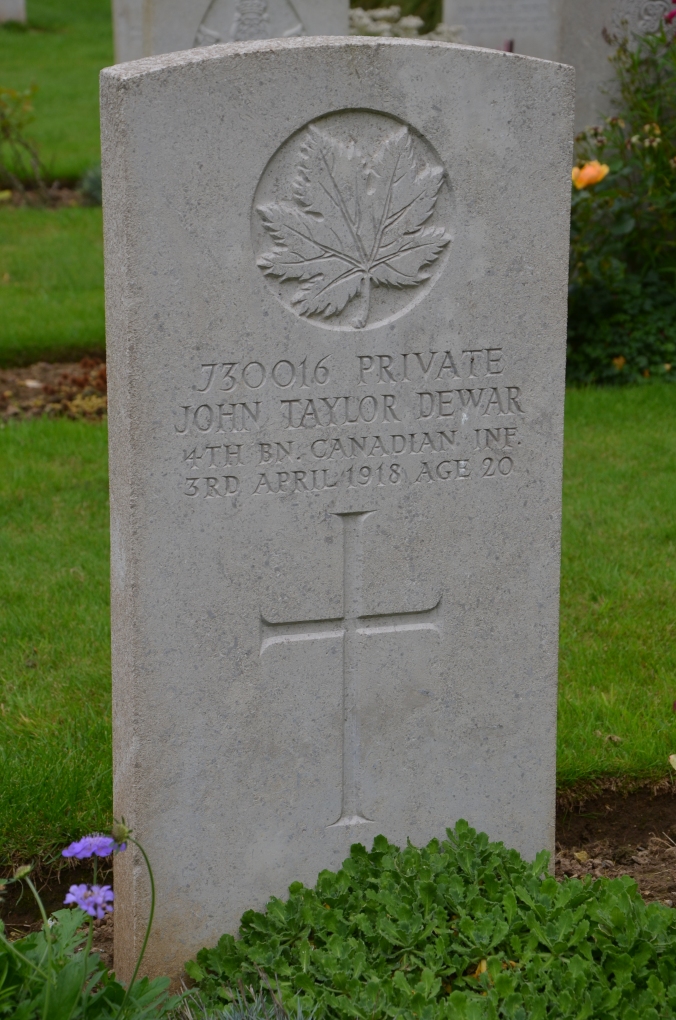 Page 1 of the attestation papers for John Taylor Dewar. Note that the first name is is corrected twice and the notation beside whether he served in the active militia has be corrected from No to Yes.

Notation regarding forfeiture of 2 days’ pay.

Assigned Pay, page 1. Soldiers could assign a portion of their pay to a family member. Pte. Dewar assigned his pay to his mother Isabella. A Canadian Private soldier was paid $1.00 per day with a .10 cents per day added for overseas service. This worked out to $33.00 per month on average. 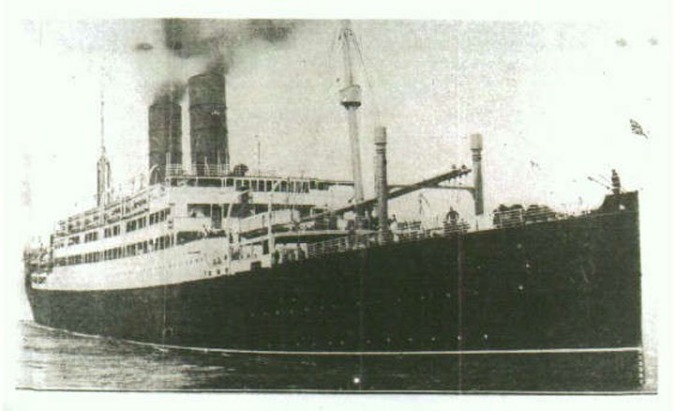 SS Tuscania is the ship Pte. J.T. Dewar transited on across the Atlantic to start his war service on the Continent after being posted to East and West Sandling Camps in Folkestone, England.

This undated map shows the area where the 4th Battalion was serving at the time of Pte. Dewar’s death. Note in the center of the map the location called “The Harp”. Telegraph Hill is immediately to the south of this feature and the village of Beaurains is directly West of this. Pte. Dewar is buried in Arras. The village of Beaurains and Arras have grown together but the grave is not far from where he was wounded and died.