Originally listed in 18th Battalion Nominal Roll (1915) and listed as a lieutenant.

Served with the 18th Battalion until detached to 3rd Battalion and KIA September 1916.

Capt. Ambery was speaking to a few advance officers of the relief which was due that night. During the conversation a 5.9 came over, exploding close by and seriously wounding him in the arm, at the same time the concussion stunning him. A Stretcher Bearer being on the spot immediately commenced binging the wound up, but before this could be completed, another 5.9 exploded, a small piece of the shell hitting him in the forehead causing instant death.

Capt. Colley Lyons Foster Ambery, who has been killed while on duty in the trenches with the 3rd Toronto Battalion at Courcelette, September 20th, was the younger son of the late Charles Clayton Ambery, and grandson of the late Rev. Professor John Ambery, M.A., Dean of Trinity College, Toronto.

Shortly after the outbreak of the war he obtained his commission as lieutenant in the 18th Battalion, but previous to the departure of that unit for England he was reluctantly compelled to resign his commission owing to the sudden death of his father. He was then offered a commission in the 99th Battalion, and in May, 1916, proceeded to England as a captain in that battalion. On arrival there he qualified and obtained the rank of major, but as he was anxious to get to the front as quickly as possible, he voluntarily reverted to a captaincy, and in July took over to France a large draft from the 39th to the 3rd Toronto Battalion.

He was subsequently in all the heavy fighting with that famous unit until he was killed by a shell at Courcelette on September 20th. On that date, while showing some officers of another battalion through the front line trenches, he was struck by a shell and his left arm badly shattered. While the stretcher bearers were bandaging his wounds he was struck on the forehead by a fragment of another shell and instantly killed. On the following day he was buried in a military cemetery a short distance behind the lines, the services being conducted by Capt. D. V. Warner, Anglican chaplain of the 1st Infantry Brigade, officers and other ranks of the battalion attending.

Capt. Ambery was of an exceptionally bright and cheery disposition, and for his many acts of unobtrusive kindness and ever-ready helpfulness he was very popular with his brother officers and was loved by his men. He was at the School from 1906 to 1911 and was 23 years of age. He was a great-grandson of the late Colonel Colley Lyons Lucas Foster, formerly commander of all the British forces in Canada. He was without fear, and greatly distinguished himself in the engagement just prior to his death. The flank of the battalion immediately to the right of the Toronto battalion had lost touch, and 300 yards of the line were left exposed and open to the enemy. Capt. Ambery crawled over this exposed ground no fewer than five times in the face of a withering fire and re-established connections, a piece of work which is spoken of very highly by staff officers. 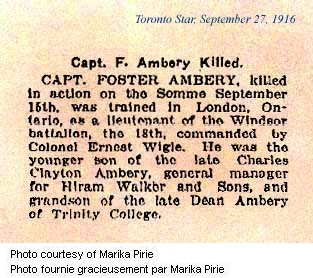 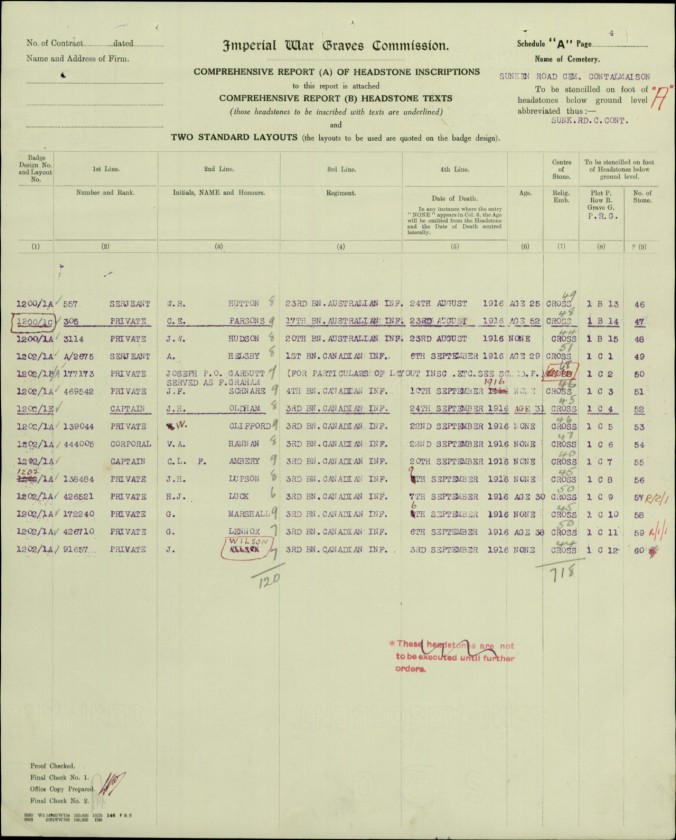 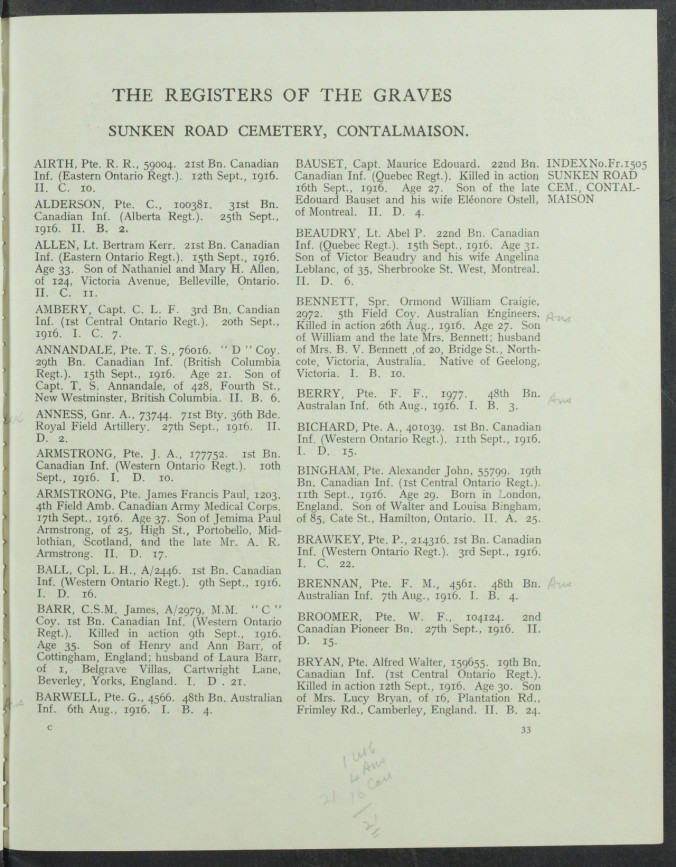