Pte. John Thomas Murray, a young Irishman, twenty-two years old, is reported killed in action on August 22nd. He arrived in this country nine years ago and was employed as a tinsmith by Messrs. MacDonald, Spadina Avenue. He boarded with Mrs. Blandford, 2 Cameron street. He and a fellow boarder, Pte. W. Wells, enlisted in a Mounted Rifles regiment about two years ago and went overseas in April 1916. Pte. Wells who was [?], returned with the draft from overseas last Friday. Mrs. Sinneard has two sons prisoners in Germany and her youngest son is still serving on the western front. 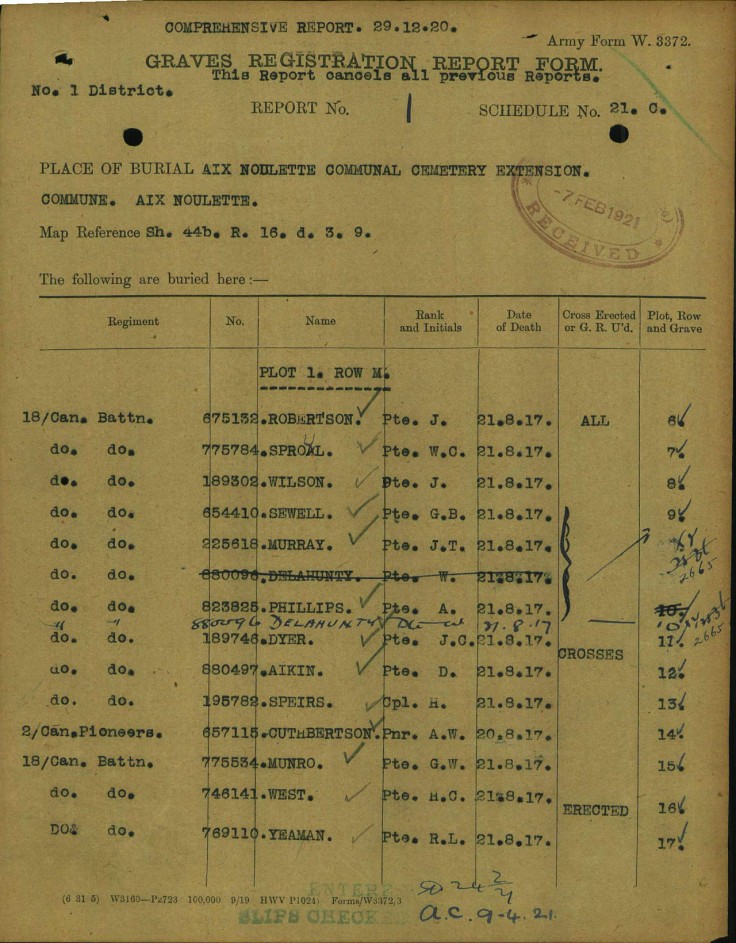 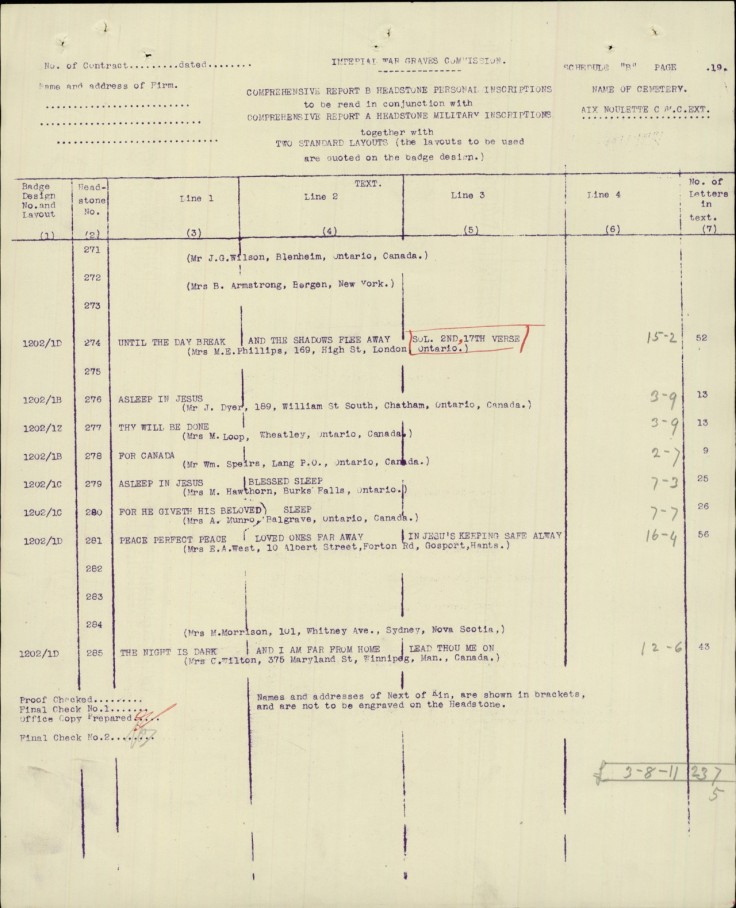 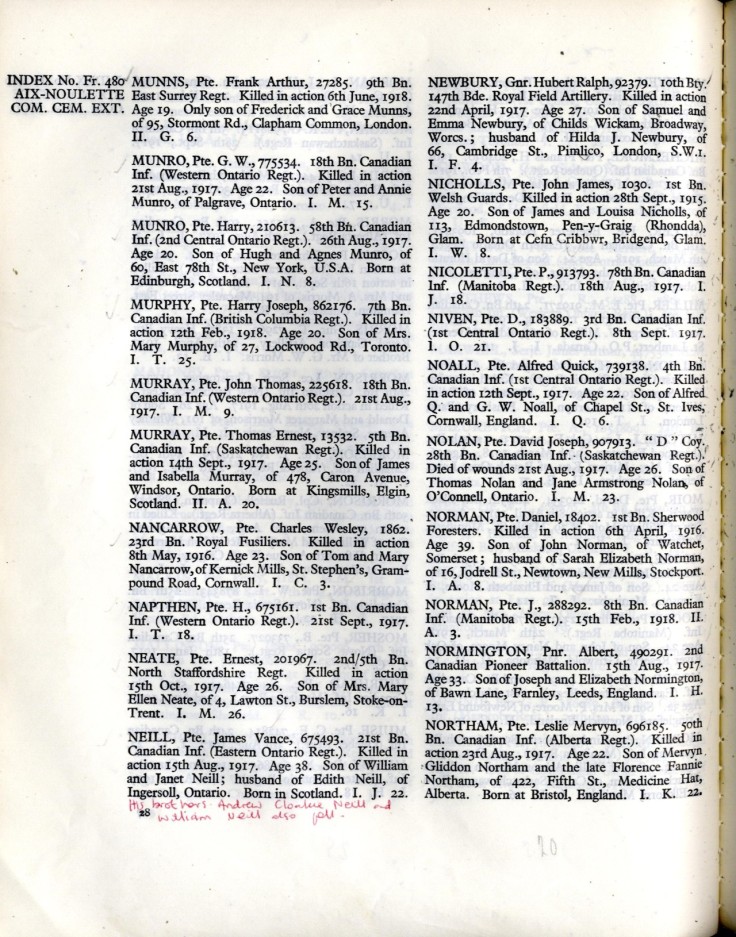