There is a stone marker commemorating this soldier at the grave of his parents in Mount Pleasant Cemetery, London Ontario. The stone was placed their by his friends following the war and reads as follows:

He was a chum of ours;
One of the best we knew;
He would meet us with a [cheery] Hello, in the trenches as we were marching through;
He was one of the best to a pal out of luck;
The best at playing the game;
He gave up his life for those at home;
So I’ll take off my hat to his name. 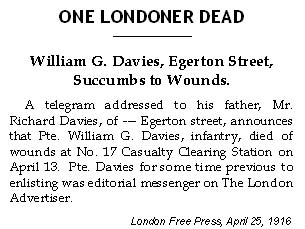 A telegram addressed to his gather, Mr. Richard Davies, of — Egerton street, announces that Pte. William G. Davies, infantry, died of wounds at No. 17 Casualty Clearing Station on April 13. Pte. Davies for some time previous was editorial messenger on The London Advertiser. 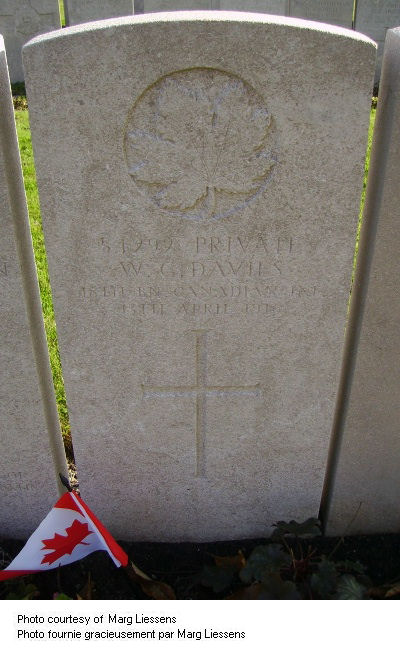 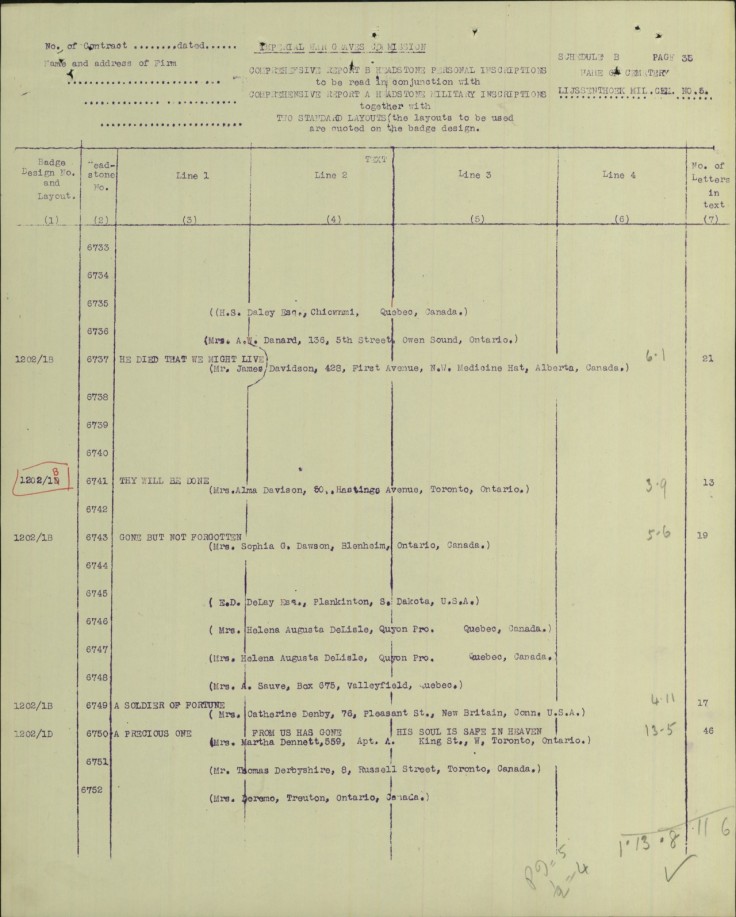