Private Roberts joined the C.E.F. underage and was held back in England until he was 18 years old and then was transferred to the 18th Battalion on May 5, 1917 and joined the Battalion in the field on June 13, 1917 and died of wounds on July 14, 1917 after having only served a month in the front lines.

“Arthur Frederick Roberts was born January 18, 1898 in Fulham, London, England, the son of Frederick Roberts & Mary Florence Broom.  The family is found on the 1901 census in Northwest Fulham, London, England.  Frederick was a labourer in building and was born in Chophill, Bedfordshire.  His wife Mary Florence was born in Kensington, London.  They emigrated to Canada about 1907 and are found on the 1911 census in Aylmer (Div. 26, page 6), where Frederick is employed as a railroad section labourer.  Two more children were born to them while living in England: Florence May (1901), and Maud Hilda (1902).  Another daughter, Phyllis Violet Mary, was born in Ontario in 1911.

Arthur Frederick enlisted for service on January 18, 1916 in St. Thomas, where he was living at 12 Isabel St., St. Thomas. He lists his mother as next of kin, at the same address.  He was a labourer, and was not married. Another reference gives his mother’s address at 12 Talbot Street, St. Thomas.

He died on July 14, 1917 while serving with the 18th Battalion of Canadian Infantry (Western Ontario Regiment), at the age of 18.  He is buried in Noeux-les-Mines Communal Cemetery, in France.  Information gathered by the Elgin Military Museum states that Pte. Roberts served in “B” Company of the 91st Battalion, and was killed at Miroc.A brief notice of Arthur’s death appeared in the Aylmer Express, August 16, 1917:

Word has been received announcing the death of Pte. Arthur Roberts, son of Fred Roberts, who was killed in action in France, after being there only five days.

Another notice appeared in the St. Thomas Journal, August 13, 1917:

Word has been received of the death of Arthur, son of Fred Roberts, a former Condenser Employee.  He was killed in action at the front, and had only been in France five days.

One precious to our hearts has gone, the voice we loved is still,

The place made vacant in our home, can never more be filled.

We miss you, oh so greatly, yet we hope to meet again,

When our home will not be broken, but where endless joy shall reign

Arthur’s parents are buried in St. Thomas Cemetery, West Avenue.  Their monuments, side by side,  read:

As evidenced by the above inscription, Arthur’s father also served in the war.  His attestation paper records that he was born November 22, 1875 in Cophill, Bedford, England, and his wife was Mrs. May Roberts, of Aylmer West, Ontario. He was a labourer, and had served one year in the 30th Battery in Aylmer.  He enlisted in Aylmer on September 18, 1915 at the age of 40.  His service number was 123545.” 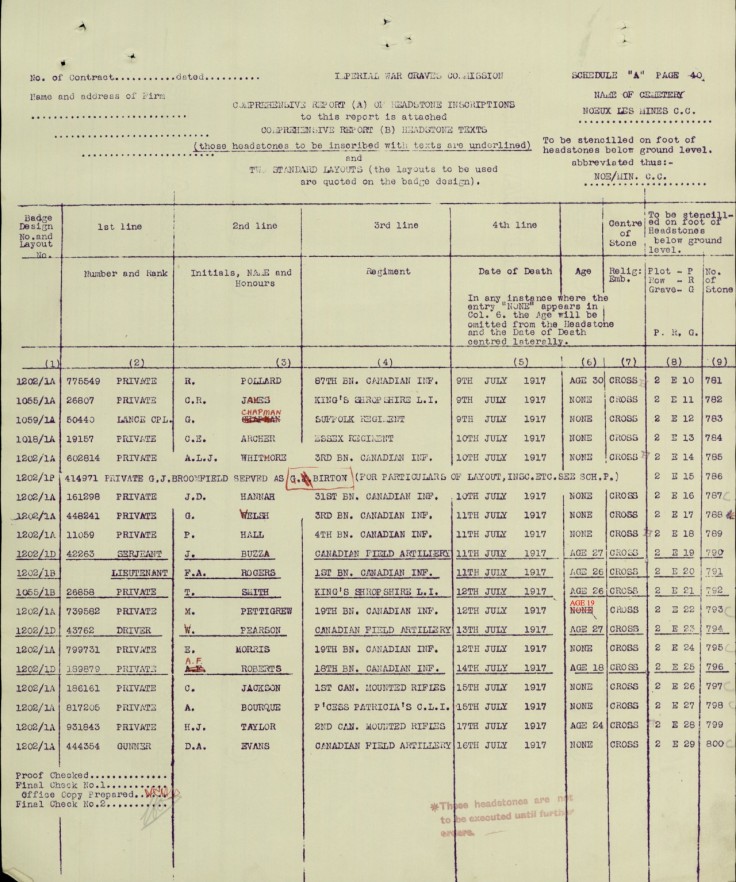 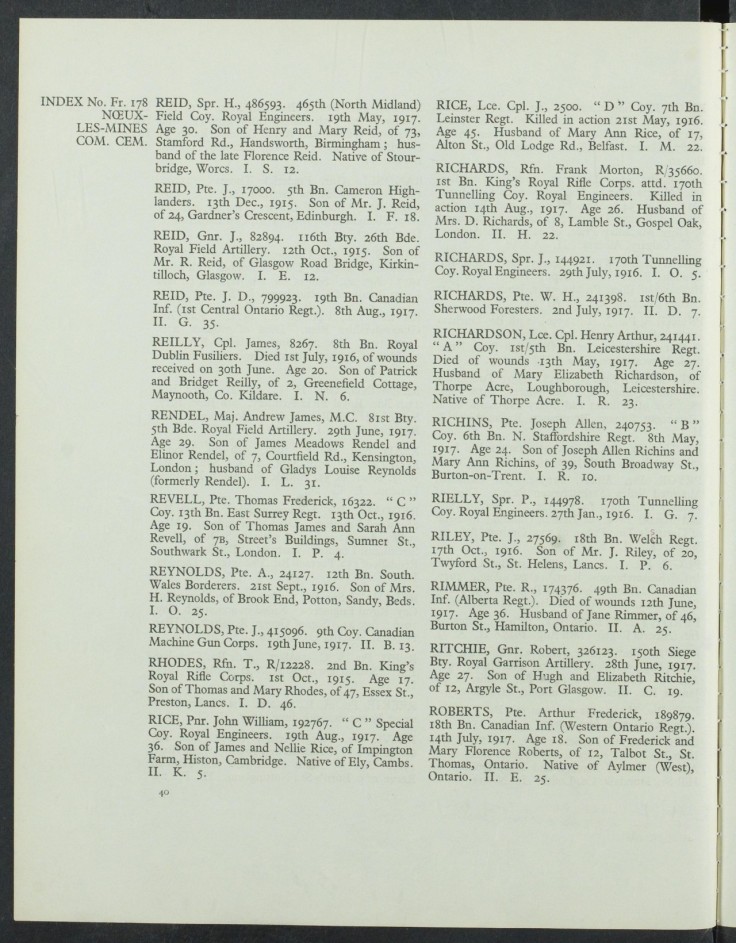