Mr. and Mrs John Earle were in London on Saturday and Sunday attending the 30th anniversary reunion of the 18th Battalion Association held in Hotel London. Mr. Earle was a winner of the first prize in a battalion draw, a table radio. The 18th Battalion claims a record in Canada as the only battalion holding an annual reunion every year since 1919.

Also, while in London, Mr. and Mrs. Earle attended the ordination service in St. Paul’s Cathedral when Rev. W.A. Jones became a deacon and will take charge of the parish at Lion’s Head. Mr. Jones conducted the services last winter in St. Thomas’ Church, Seaforth, for three months while a student at Huron College. 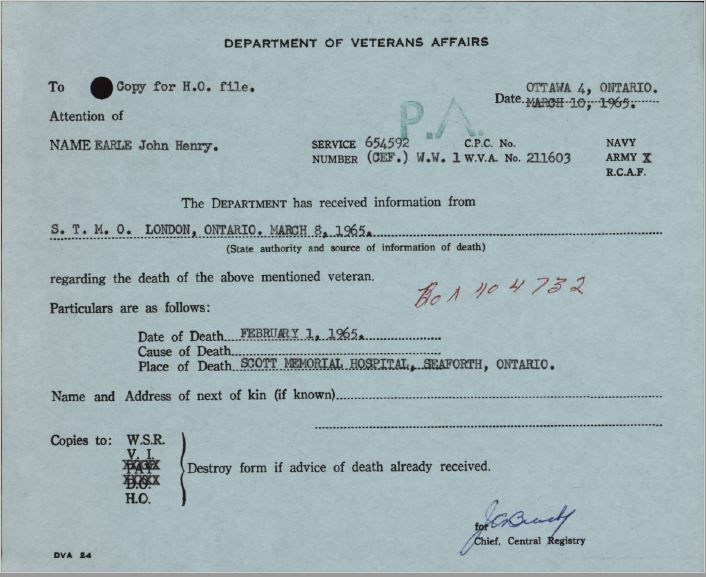