He was with the 18th Battalion. This was the second Canadian contingent recruited. During the winter of 1914-1915 this contingent was trained in Ontario. Unlike the first Canadian Contingent who sailed in the a great armada, this contingent left in separate transport in the spring of 1915 and spent the summer training in Shorncliffe on the coast of Kent.

In September 1915 Walter transferred to the British Army – Suffolk Regiment. He served on the front lines in France including Flanders. 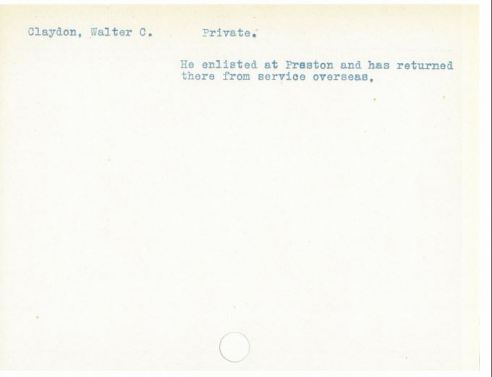