Charlton, Lionel: Service no. 53328. “Killed in Action” Contributed from the Facebook “And in the morning” administered by John P. Sargent.

In November 1914 he enlisted in the 18th Battalion and reached France in September 1915. He served on the Ploegsteert section of the front, through the battle of St. Eloi [Craters] and at Ypres. He was instantly killed on July 20th, 1916, when his battalion was in the line in the Vierstraat–St. Eloi area. Buried at Ridgewood Cemetery, near Vierstraat.

Roll of Honour – “This Roll of Honour has been prepared as a permanent tribute to those men of the teaching profession in Ontario, who enlisted in connection with the Great War.” Source: The Roll of Honour of the Ontario Teachers Who Served in the Great War 1914-1918 (The Ryerson Press: Toronto, 1922). The 1914-1918 Roll of Service for Ontario Teachers contains 851 names. 101 died as a result of their military service. The information on this Honour Roll may differ from other sources as it was compiled by the Department of Education in Toronto, Ontario, from “…varied and numerous sources, that mistakes are inevitable.” Source: CVWM. 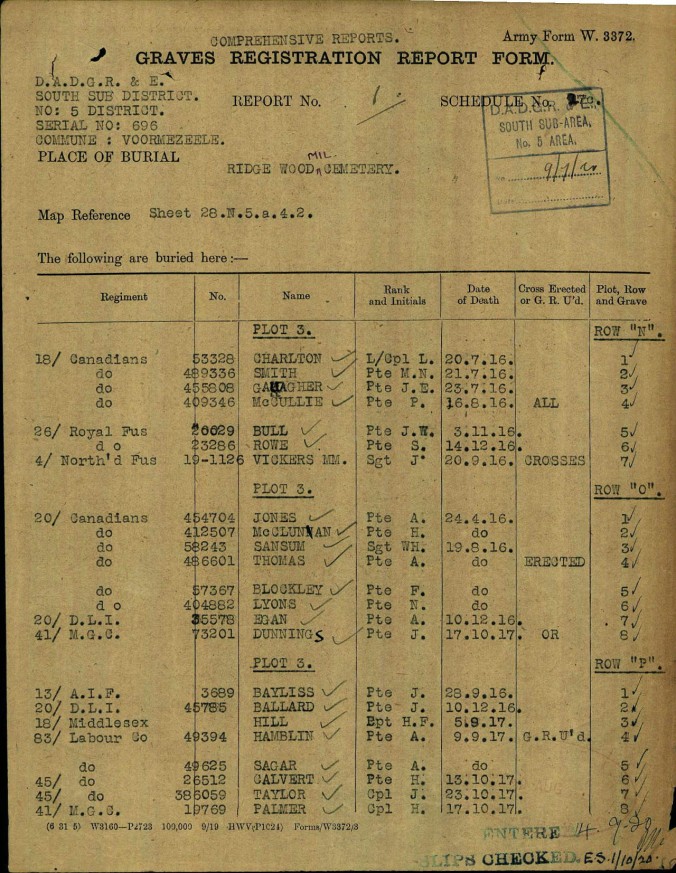 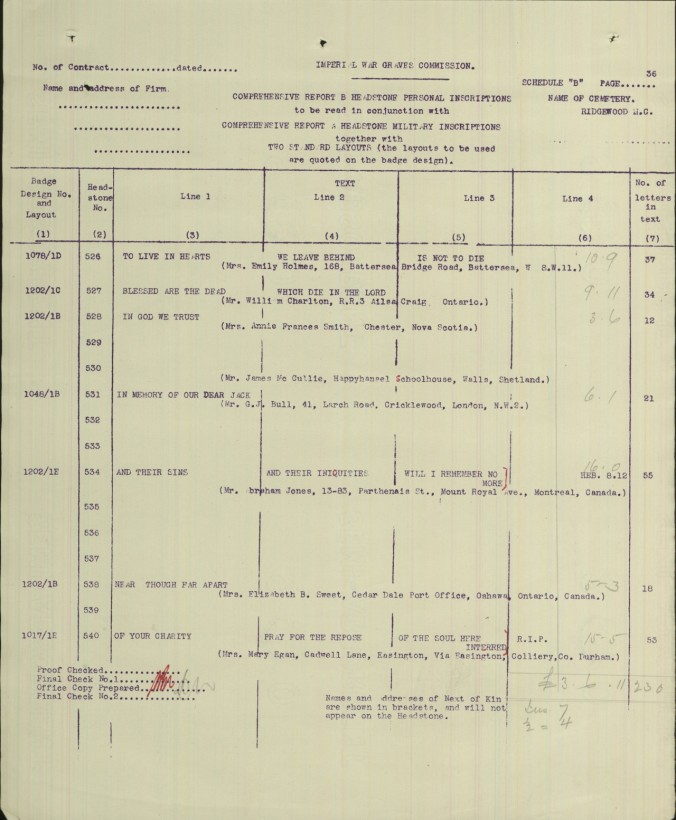