The sad news has come to had that Sergeant John Henry (Harry) Brindley has been killed in action. He was the son of Mr. and Mrs. J.H. Brindley, of 54 Tower Street, Dudley. He enlisted in a Canadian Regiment two months after the outbreak of the war. He had then been in the Dominion 15 months. Before leaving England he had always lived in Dudley. He was an old scholar of the Baylie’s School, Tower Street. At the age of 14 he won a medal for saving the life of a school chum, who sank in the baths during the swimming sports. He had been on active service two years, and in that time had only received a slight wound. He was killed on November 11th. He was 22 years of age. and before emigrating to Canada, was employed at Messrs. Grainger and Smiths, High Street, Dudley.

By now you have heard that your son, Sergeant J.H. Brindley, made the supreme sacrifice on the afternoon of November 12th, [sic] close by Pasendale [sic] Church. He enlisted the same time as I did in 1914. We were then privates. He was always a good lad, and was the best man I had in my platoon, and I thought of lot of him. I shall miss him sadly, and all the boys will. He was killed outright by a shell. In your sad hour of bereavement you have all my sympathy.” 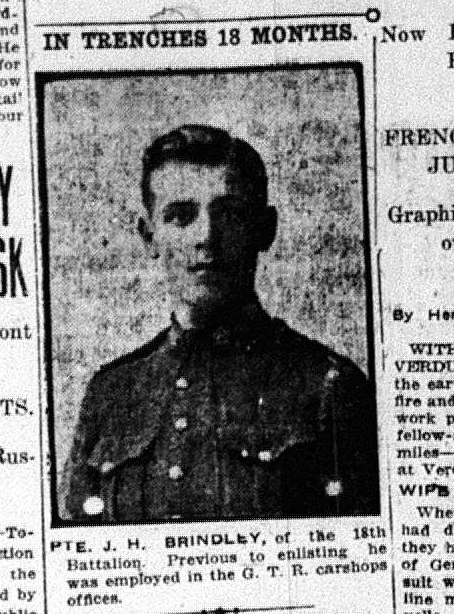 Summary of Service for NAME OF SOLDIER AND REG. No. 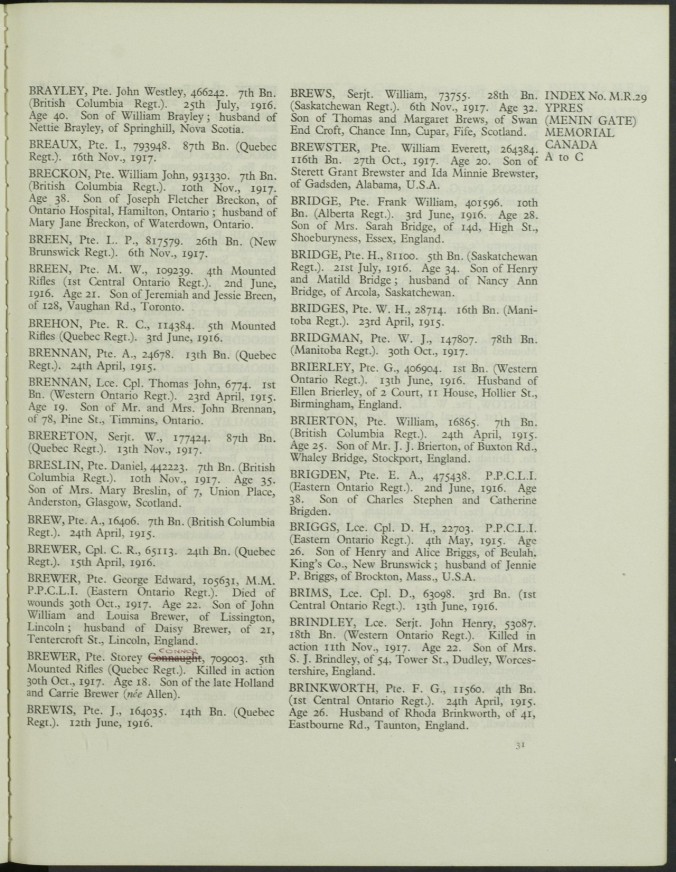 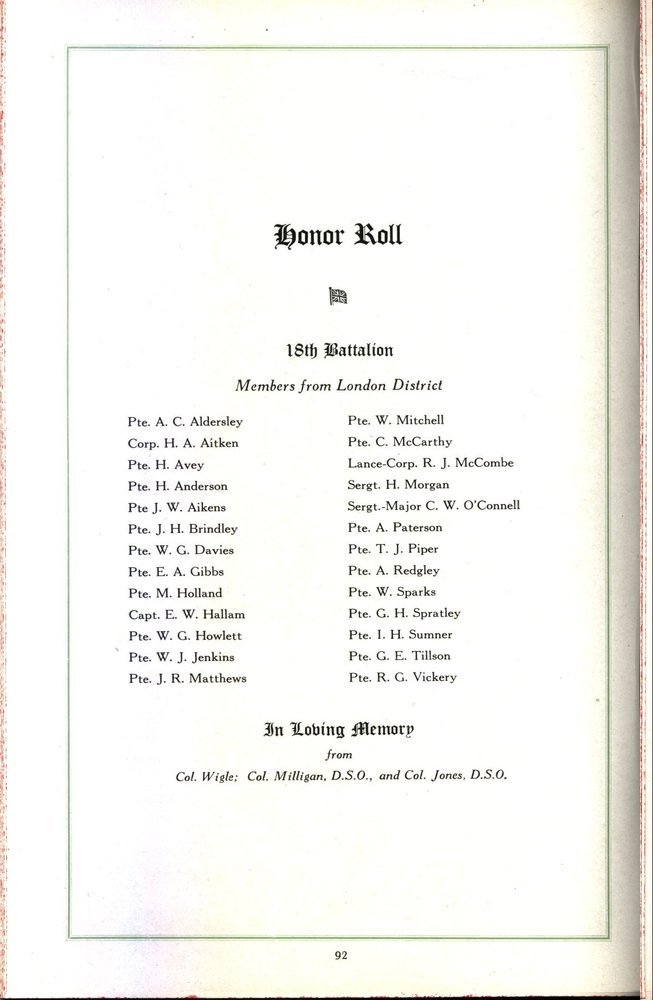