Served with the 18th Battalion from January 19, 1916 until January 16, 1917 when he was struck of strength and transferred to the 4th Machine Gun Company. He served with this unit until his death in action on April 4, 1917. 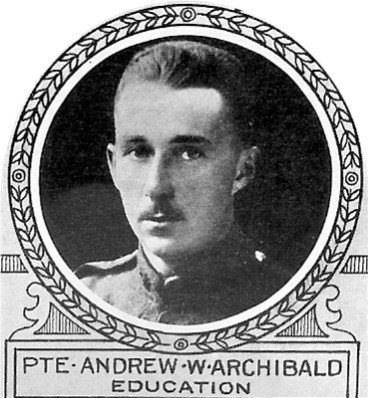 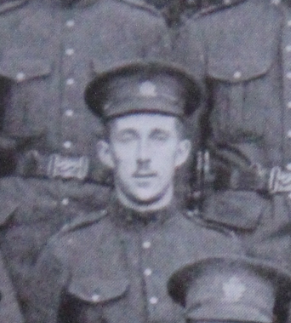 Photo of Andrew Archibald – Served with the 35th Battalion CEF. Submitted for the project, Operation: Picture Me. Source: CVWM 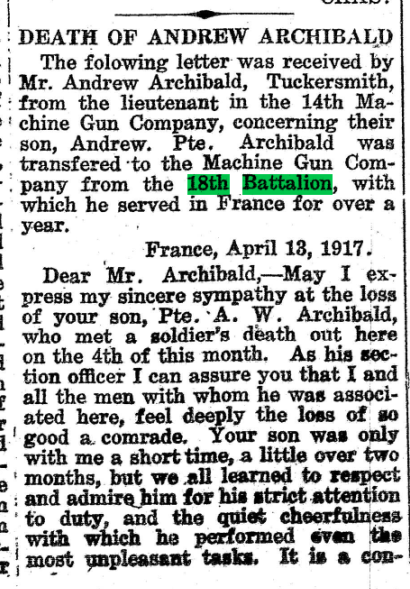 Principal N.S. MacDonald, Dufferin school, has asked the Board of Education to provide a memorial tablet to A.W. Archibald, former teacher at this school, killed in action at the front. The board provided a tablet for Harry S. Lee, of Annetto Street school, first teacher to fall.