PTE. WILFRID R. UNDERHILL, to-day reported missing, has been overseas six months. he enlisted in Toronto with the 81st Battalion, and after going to England in April was transferred to another unit. His kin are in Claremont, Ont.

Pte. W.R. Underhill, who has been missing for several weeks, is today reported to been lilld in action. Without military experience he enlisted in Toronto with the 81st Battalon and during the winter was stationed in the city. He went overseas in April, and after reaching England was transferred to another Toronto unit. He had been in the trenches several months. His kin are from Claremont, Ont. 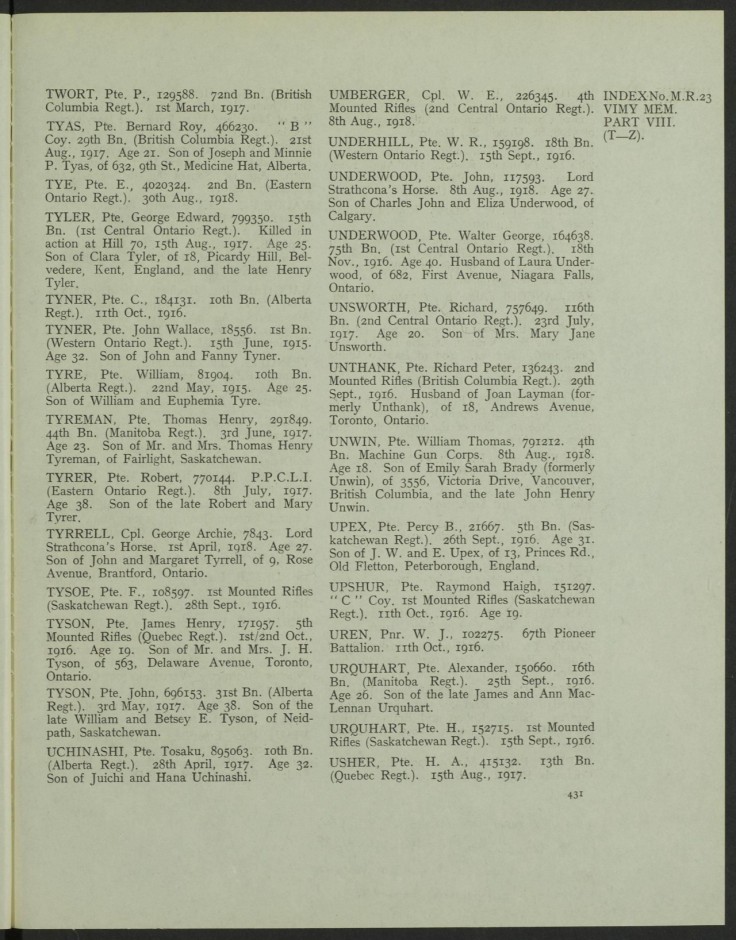