Originally attested to the 18th Battalion and subsequently re-attested in Toronto, Ontario on February 1, 1917 under the service no. 1099296 with the 256th Battalion.

His son, Harry Aylward, enlisted with the CEF.

“George was born in Bromley, Kent, England in July 28, 1870, the son of Abraham and Sarah Aylward of Faversham, England. George immigrated and married Annie. At enlistment they lived at 37 Pequegnat Avenue in Kitchener and George stated he was a labourer. Prior to World War 1 service, George participated in the Zulu War and the South African War for which he received two medals with bars.

He enlisted in Kitchener in November 1914, aged 46. He went overseas on April 18, 1915. He was relieved from duties, however, due to illness and discharged. He re-enlisted in February 1, 1917 at the Toronto Recruiting Depot and was in the 18th Battalion for 17 months as a private. He went to the front in June 1917. George survived and returned home on August 31, 1917. Four Aylwards, all related, served and are listed here:  George, Harry Arthur (George’s son), Henry (George’s nephew), and Henry Albert (George’s brother).

Source:  A Book of Remembrance: Members of the Church of St. John the Evangelist, Kitchener, Ontario. 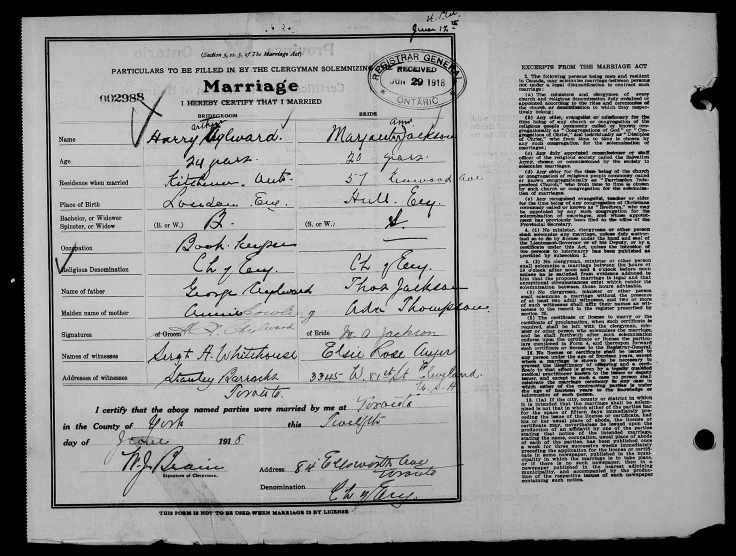