For conspicuous gallantry and devotion to duty. When the N.C.O. of his section became a casualty he assumed command and maintained his Lewis Gun in its position in good working order under continuous and heavy shell fire. By his coolness he set a fine example to the men of his platoon.

“The casualty list last week included the name of Pte. Fred Stevens among whom had died of wounds. The young man, who was a Bernardo Home boy, lived originally with the late Edward Hornick of Tilbury East and latter with his son, Alfred Hornick. He enlisted with the 33rdBattalion, was discharged owing to his flat feet, but later enlisted with the 70th. He had seen considerable service in the trenches. His mother lives in England.”

A memorial service was held at St. Andrew’s Church to honour the passing of Pte. Fred Stevens, though a “Home Boy” he was well thought of by the people of Tilbury who wanted to recognize the two years of service he gave to Canada for the last two years and the awards of a Military Medal and Distinguished Conduct Medal he “for feats of bravery on the battle line”. 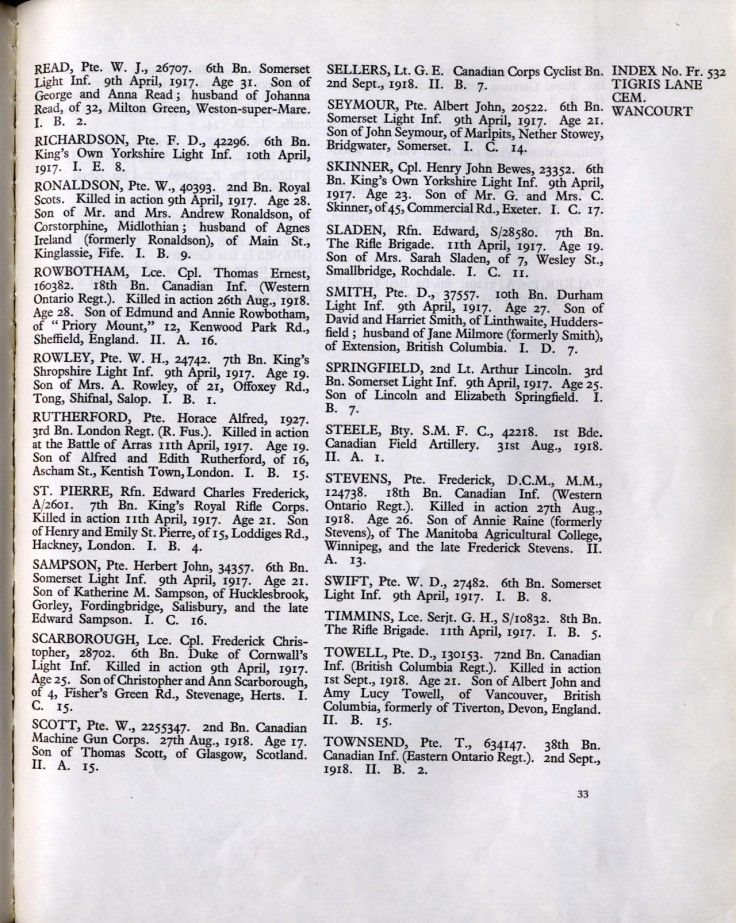