Text from page of the Southwestern Ontario Memorial Album:

In strange land were your latest honors won —
In strange wilds, with strange danger all beset;
With rain, like tears, the face of day was wet,
As rang the ambushed foeman’s fatal gun;
And as you felt your final duty done,
We feel that glory thrills your spirit yet, —
When at the front, in swiftest death you met
The Patriot’s doom and best reward in one.

Enlisted as a private with the 18th Batt’n. October 1914. Earned his Lieutenancy on the battlefield. After two years’ service he was wounded in action, but later returned to France. Killed in action August 28th, 1918, at Arras, and buried in the British Cemetery at Visen Artois. Lieut. Cole was a popular Sergeant in the old 21st Batt’n. being connected to them for 15 years as Second Lieutenant No. 4 Company.

From his bereaved Wife and Children. 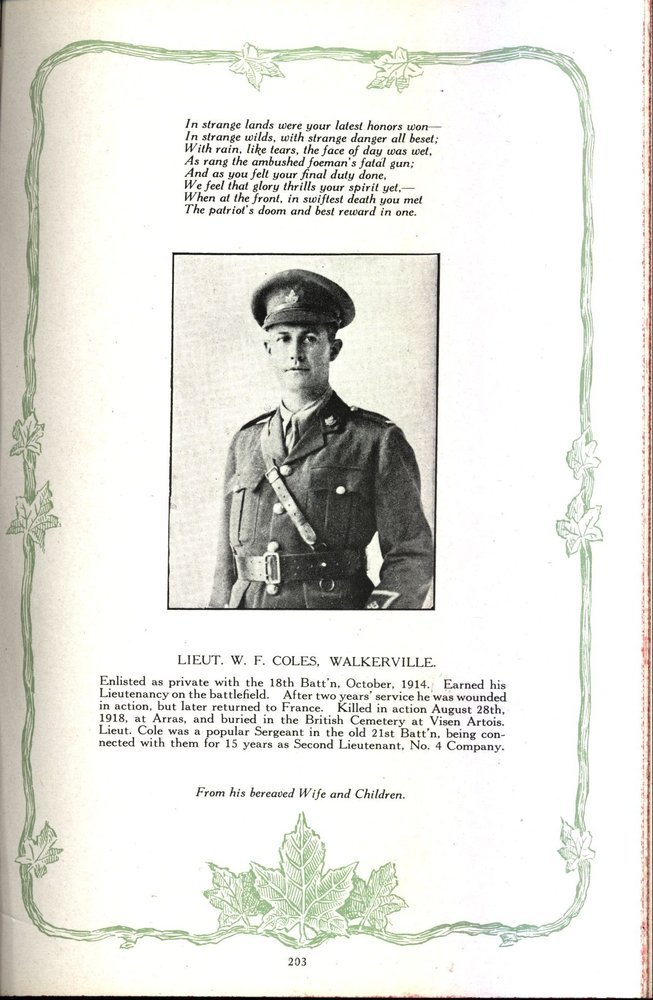 “Previously reported Missing, now Killed in Action” Was killed by an enemy shell during the operations at Vis-en-Artois. 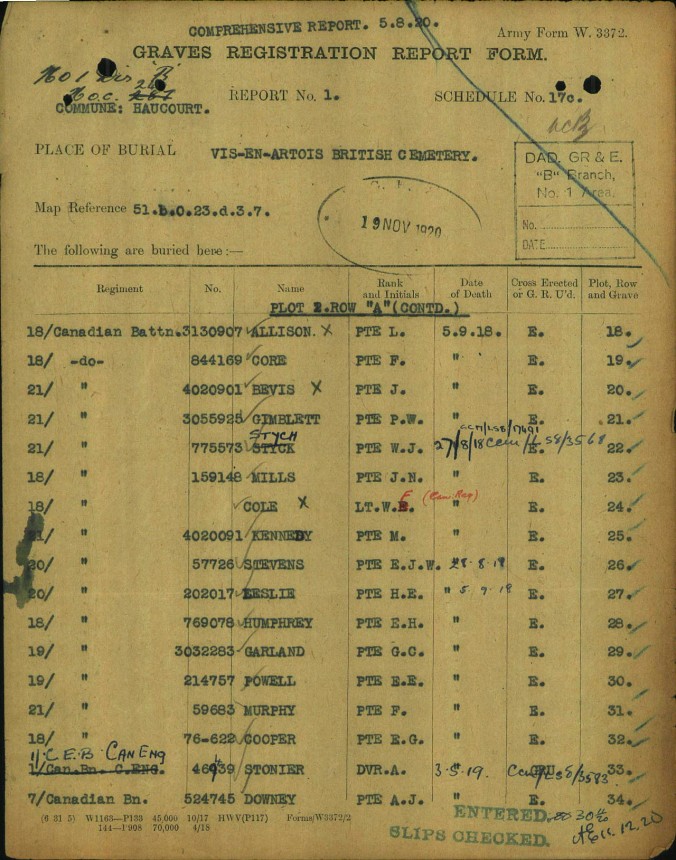 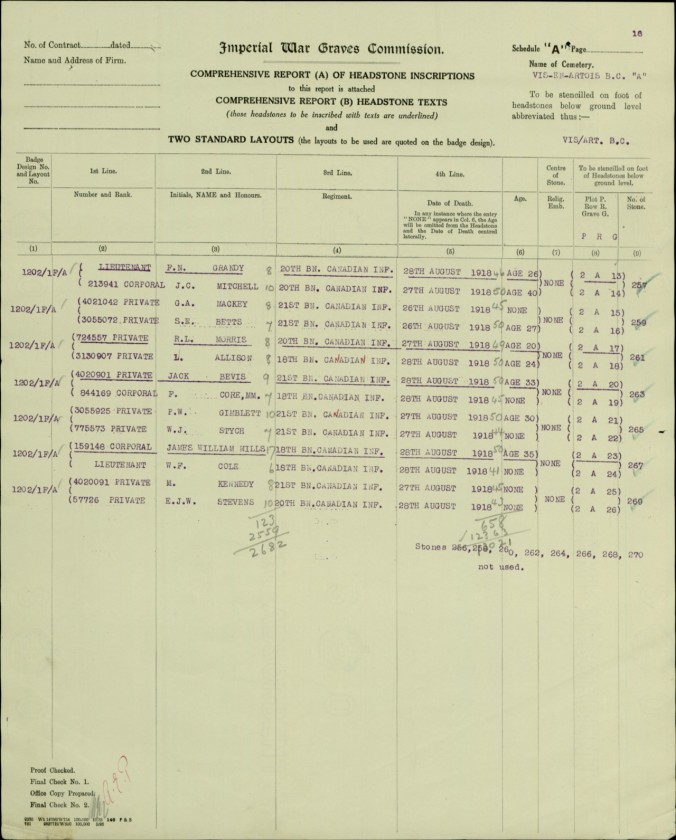