Pte. Edward R.A. Stephen [sic] has been wounded according to word received by his mother at 28 Minto street. He enlisted with the Highlanders three years ago and was taken to hospital last march suffering from gas poisoning. He is 21 years of age. A brother, Charles, was killed in action at Vimy Ridge last year. His stepfather, Pte. George Ward, has been overseas for three years, and is still in the trenches.

First to enlist from Minto street, and first to be killed was Private Chas. Alfred Stephen. He fell at Vimy Ridge April 9, aged 22, after six months at the front. Before enlisting he was employed as a shipper for the Home Pattern Co. His bother, Edward R.A. Stephens, is overseas in the 134th Battalion, and their stepfather, Pte. G.M. Ward, himself a veteran of the South African war, is there, too, in the 170th Battalion. They are of English birth, and have been in Canada for years, and formerly lived at 28 Munro street.

Mrs. George W. Ward, 28 Minto street, had two sons and her husband all go overseas. Her eldest son, Charles, was killed at Vimy Ridge, April 9th, 1917, and her second son, Edward, is now reported gassed and in No. 6 Casualty Clearing Station. The family came from England about five years ago to Toronto. Edward enlisted in January 1915, with the 134th Battalion, in the machine gun section. His mother received official word on Sunday, March 17th, that he had been gassed. George W. Ward [George Matthew Ward] is the boy’s step-father. He enlisted in the 170th Battalion and has been eighteen months in France 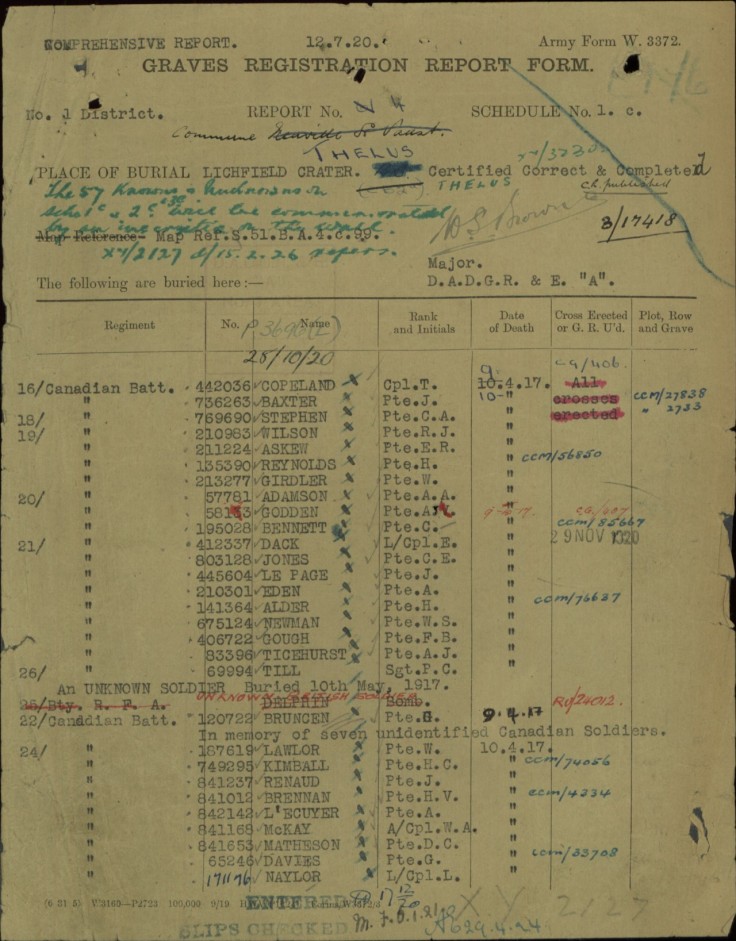 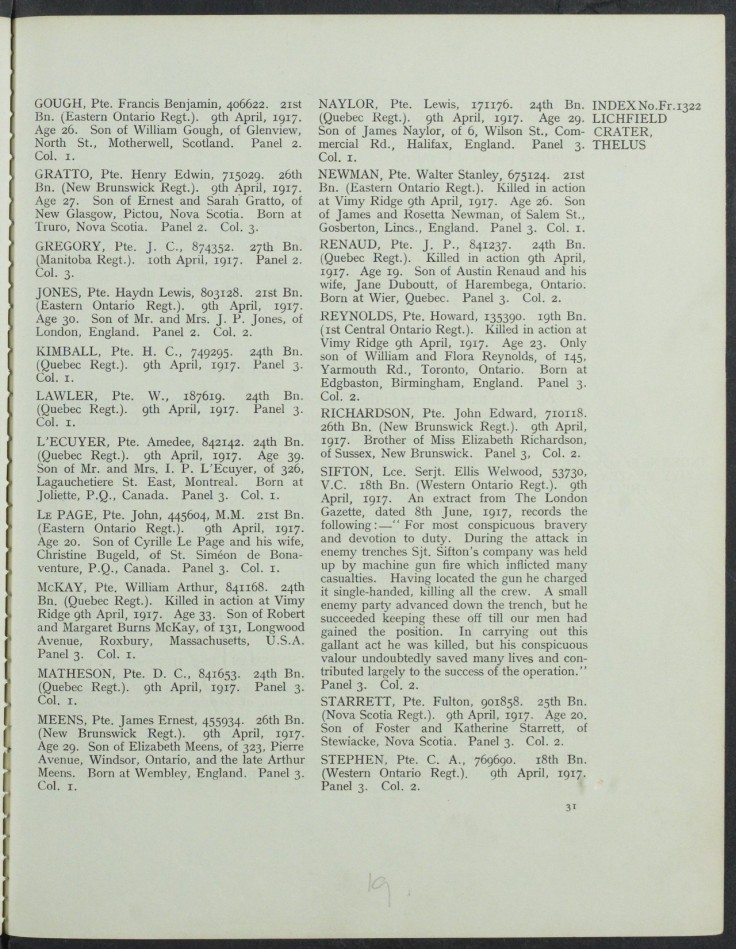