Blog Article with a letter he wrote.

On Friday evening of last week the Menesetung Canoe Club paid and farewell tribute to their colleague, Dr. C.E. Sales, who has joined the Second Canadian Cantingent [sic] for active service as a captain int the 18th Battalion – Goderich Star

He was appointing in November 1914 as Captain of the 18th Battalion, Second Contingent, and was later promoted Major. Reaching France in September 1915 he served in the St. Eloi – Ypres area throughout the autumn. While on duty in the trenches he was wounded in the leg, and died in the ambulance as he was being taken back to No. 5 Base Hospital. Buried at Bailleul.

(Special Despatch to the Globe.)

Goderich, Jan. 19. — News of the death of Major Charles Edward Sale from wounds received in the trenches in Flanders, apparently during some recent engagement, reached here this afternoon, and has cast a profound gloom over the entire town. Doctor Sale, as he was professionally known to a large section, originally lived in Sarnia, whence he left some fifteen years ago to study dentistry in Toronto, and after graduation located here.

During his residence of some twelve years he attained great popularity in all circles, and was an enthusiastic and brilliant military man gained prompt recognition in the 33rd Regiment, in which he was gazetted a Captain. Notwithstanding great personal sacrifice, particularly leaving a wife and two young children, he was among the first to offer his services to King and country, and on formation of the 18th Battalion at London he was offered a responsible position.

The Major was not more than thirty-seven years of age, ans was prominent in fraternal circles, being a member Oddfellows, Past Master of the local Masonic lodge, a member of the Huron Chapter here, St. Elmo Preceptory, Stratford, and Mocha Temple of the Shriners of London, as well as a valued member of St. George’s Anglican Church. 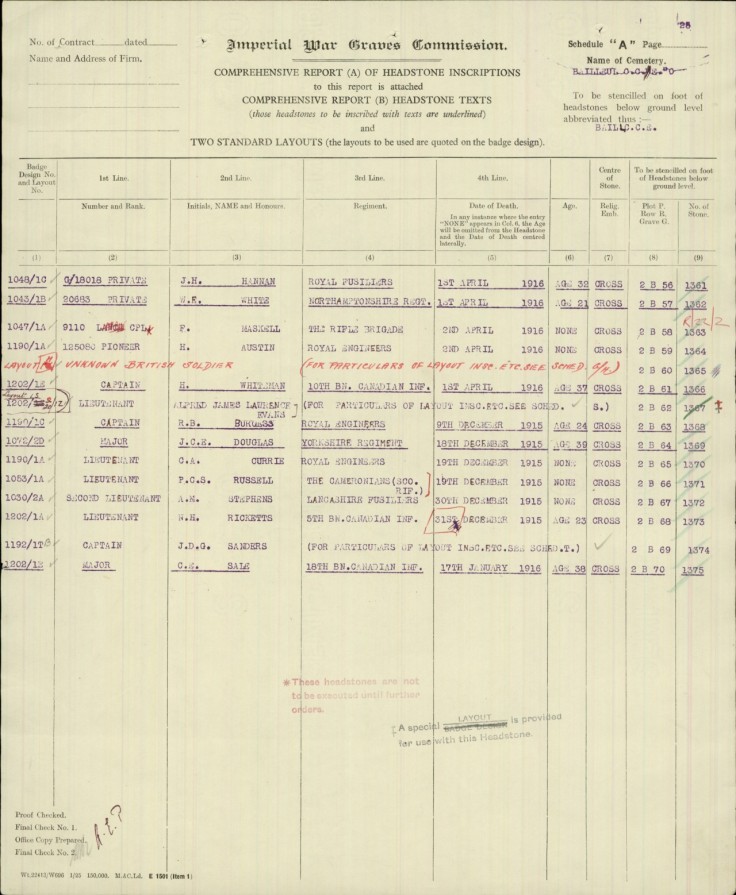 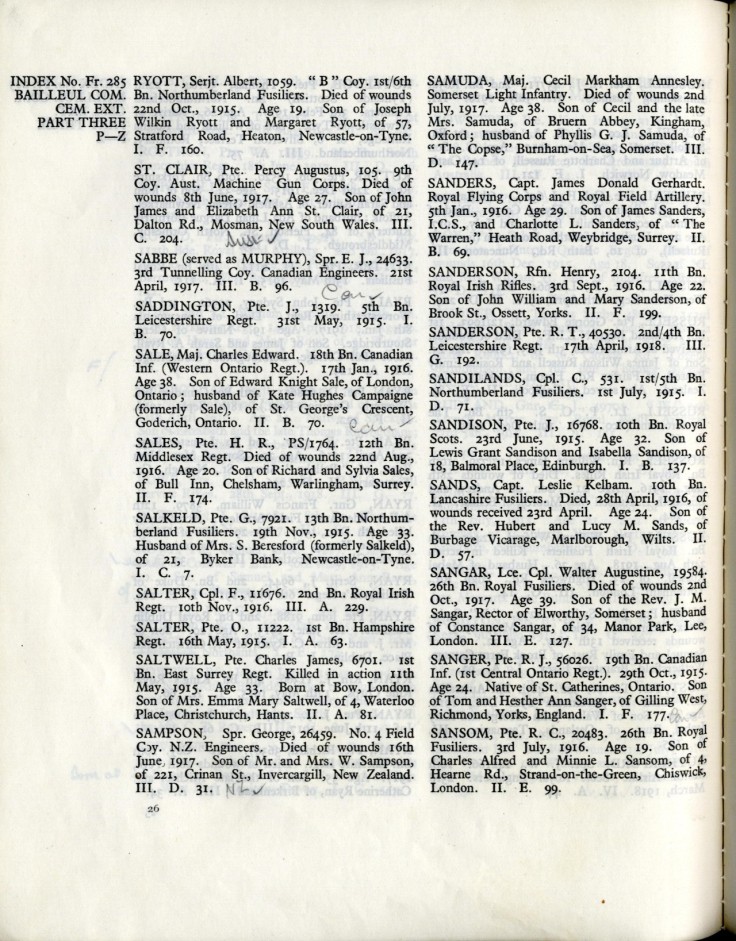