Dr. George C. Hale was born in Ottawa in 1885. He graduated from McGill with an M.D. in 1909. Interning at Montreal General Hospital for two years, Dr. Hale completed postgraduate work in London, Berlin, Munich, and Vienna.

He opened a practice in London, Ontario in 1913 and immediately began working at Western’s medical school. He accepted a medical officer position in the 18th Battalion Canadian Expeditionary Force in 1915 but was injured. As a result he served as the Chief of Medicine in the Canadian Military Hospital at Taplow and Brighton during his recuperation.

Dr. Hale resumed his practice and teaching in 1920 and was promoted to full professorship in 1925. Retiring in 1944, Dr. Hale was awarded the LL.D. honorary degree from Western in 1952.

DR. GEORGE C. HALE, 78, died on May 27 at his
home in London, Ont. A native of Ottawa, he attended
Trinity College for some time and later transferred to
McGill University from which he graduated in medicine
in 1909. After an internship at the Montreal General
Hospital, he took postgraduate training in Berlin, Vienna
and Munich. He returned to London in 1913 and
began his practice there. During the First World War
he became chief of medicine at Canadian military hospitals
in England. In 1925 Dr. Hale was appointed Professor
of Medicine at the University of Western Ontario
and, seven years later, with six other doctors formed
the Royal College of Physicians and Surgeons of Canada.
In 1952 the University of Western Ontario bestowed
an honorary Doctor of Laws degree upon him
in recognition of his outstanding research work. During
World War II he supervised the initial stages of the
development of a decompression chamber at the university
under a program of aviation research. Dr. Hale
was a member of the Canadian and Ontario Medical
Associations, a charter member of the London Academy
of Medicine and a Fellow of the American College of
Physicians. 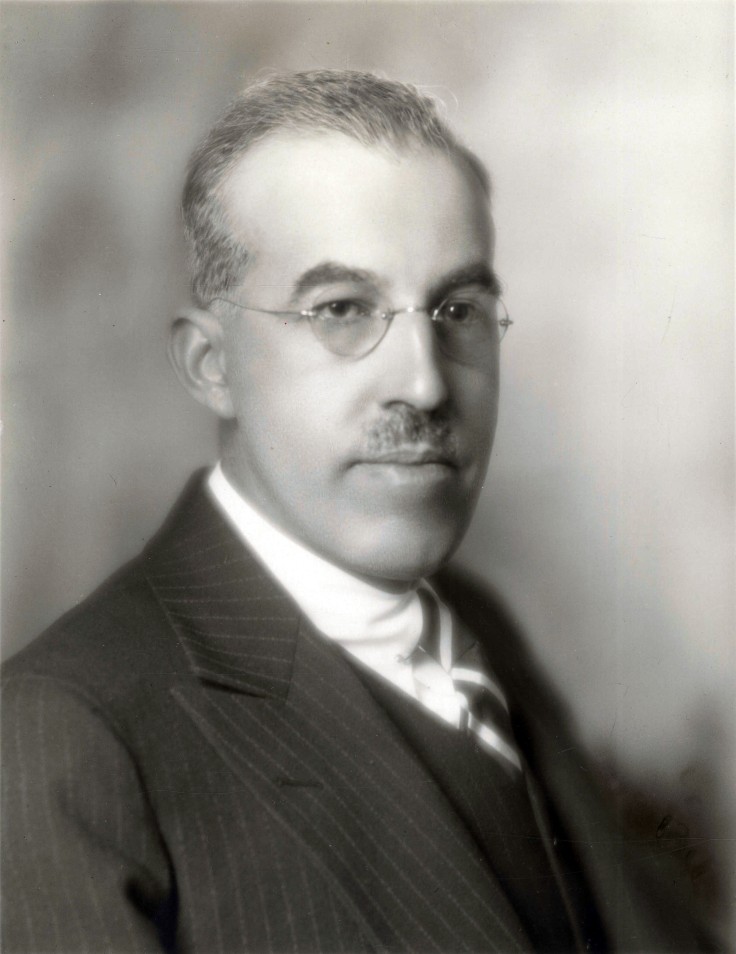 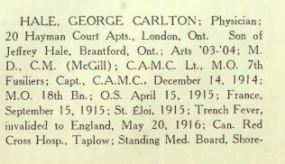 Source: The War Memorial of Trinity College, University of Toronto. Pages 80 and 81.