The funeral of Pte. Harold Bancroft, a returned soldier, and former member of the 18th Battalion, was held Tuesday afternoon from the undertaking parlors of Smith, Son & Clarke.

Bancroft was buried with full military honors. Sergt.-Major Woodrow[i], of the 118th Battalion, took charge of the funeral. Promptly at 2 o’clock the cortege moved off at the slow march, headed by a firing party of the 149th Battalion. The Band of the 149th was in attendance, and a gun-carriage loaned by the 63rd Battery carried the remains.

The party proceeded to Mount Pleasant Cemetery, where interment was made in the plot set aside for soldiers who have died in this city. At the grave the members of the firing party of the 149th handed over their rifles to members of the 18th Battalion, who fired the final volley over the grave of their dead comrade. 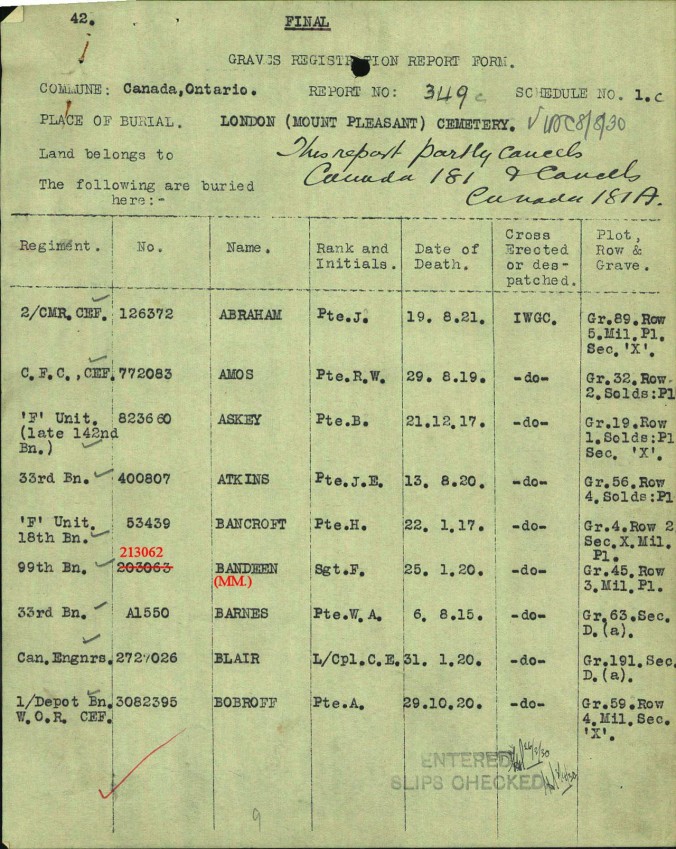