From the Canadian Great War Project:

John was my Grandfather.  I have done considerable research on him.  He was a farmer before enlistment, and left a wife and 4 children to go off to war.  My mother was the youngest at 5 months when he left the country in Oct. 1916.  After many months of training in England with the 160th Bruce Bn., the unit was broken up for reserves in several different Battalions.  John was sent to France March 29, 1918 with the 18th Bn. CEF.  He participated in the battle at Amiens on Aug. 8, 1918.  The unit was relocated in secret and on Aug. 26, 1918 attacked towards Chapel Hill-Wancourt, outside of Arras.  On that day, he was killed instantly by an enemy shell. 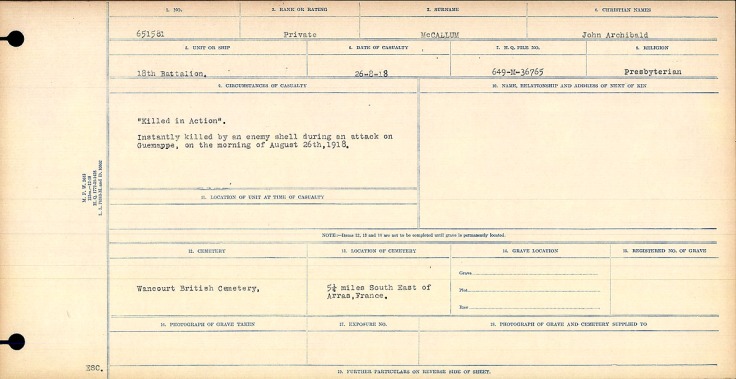 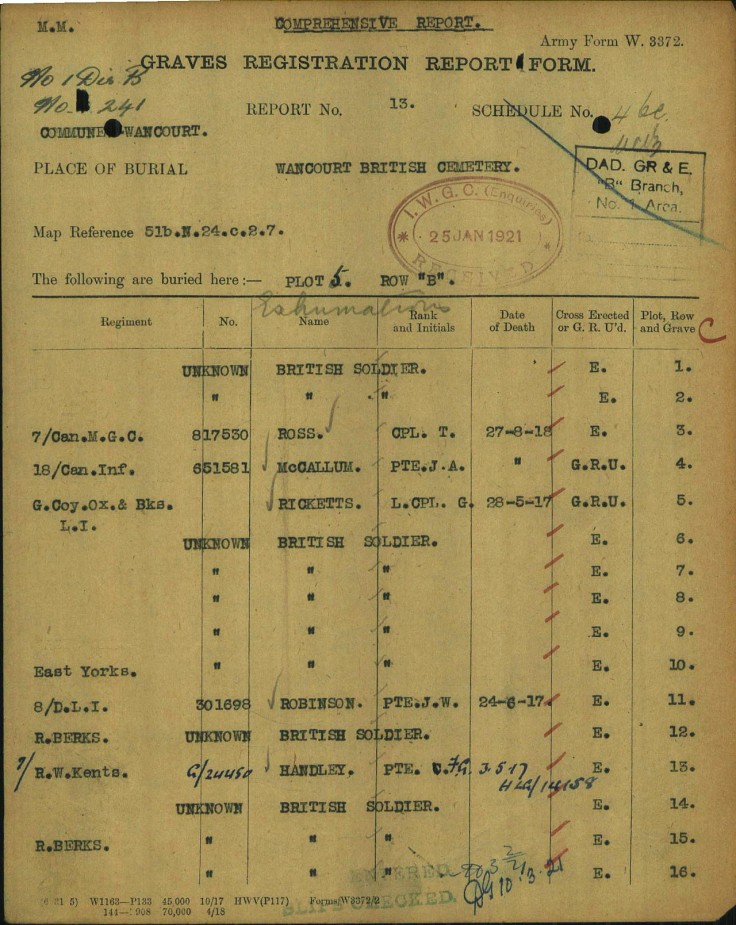 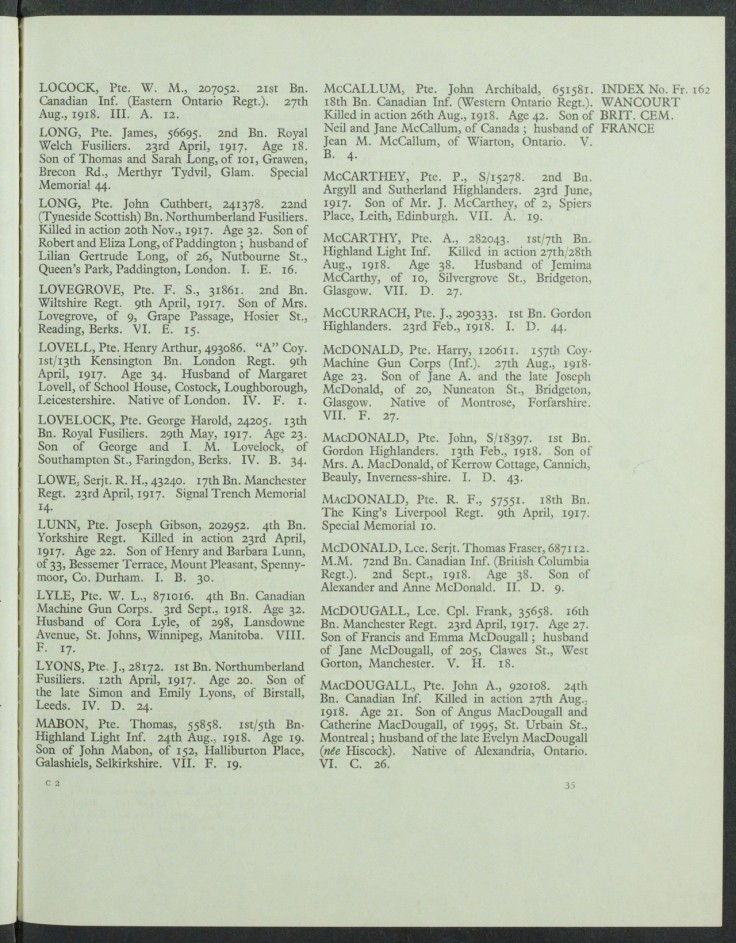