Pte. George S. Stringer is officially reported wounded, but his friends have been advised that he died on the way to the dressing stations. He was an orphan boy and lived at the home of Mrs. R.W. Scott, 82 Vaughan road. He was engaged to Miss Ada Danborough, Danforth road.

Pte. George Stringer, who at the time of enlistment lived at 82 Vaughan road, has been killed in action. He went away over a year ago and had been in the trenches for about seven months. He was 23 years of age. was born in England, and came to Canada when nine years of age. He was a Barnardo boy, and worked on a farm before enlisting. 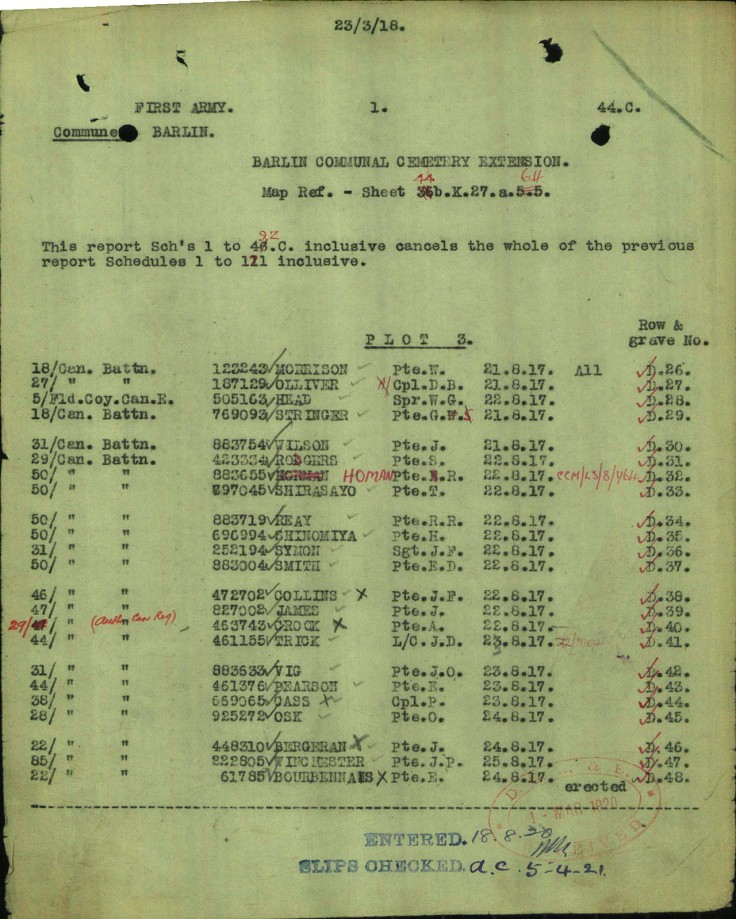 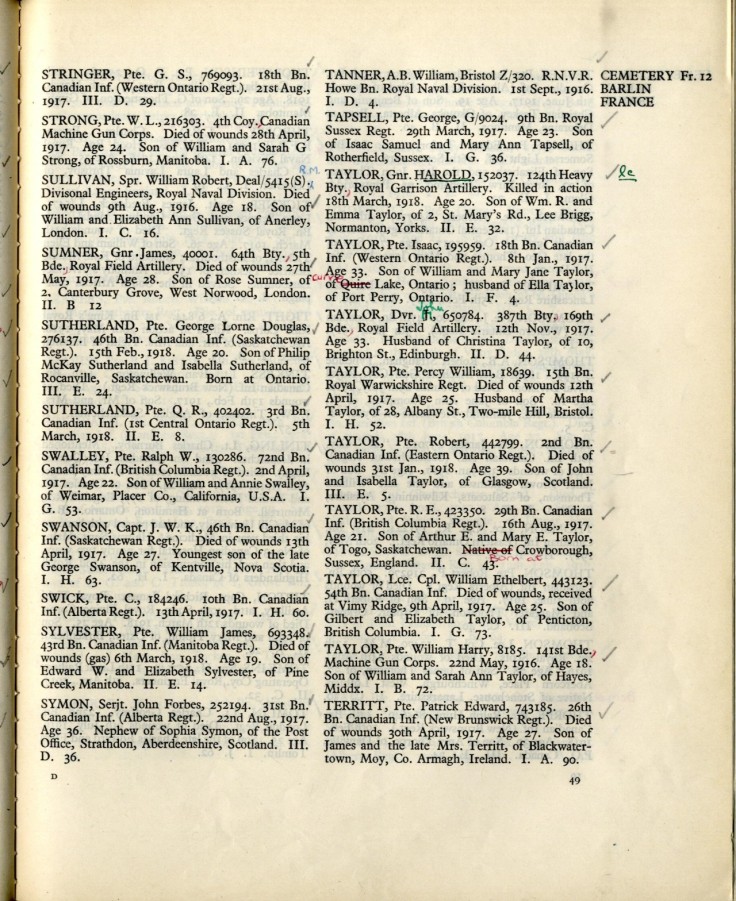