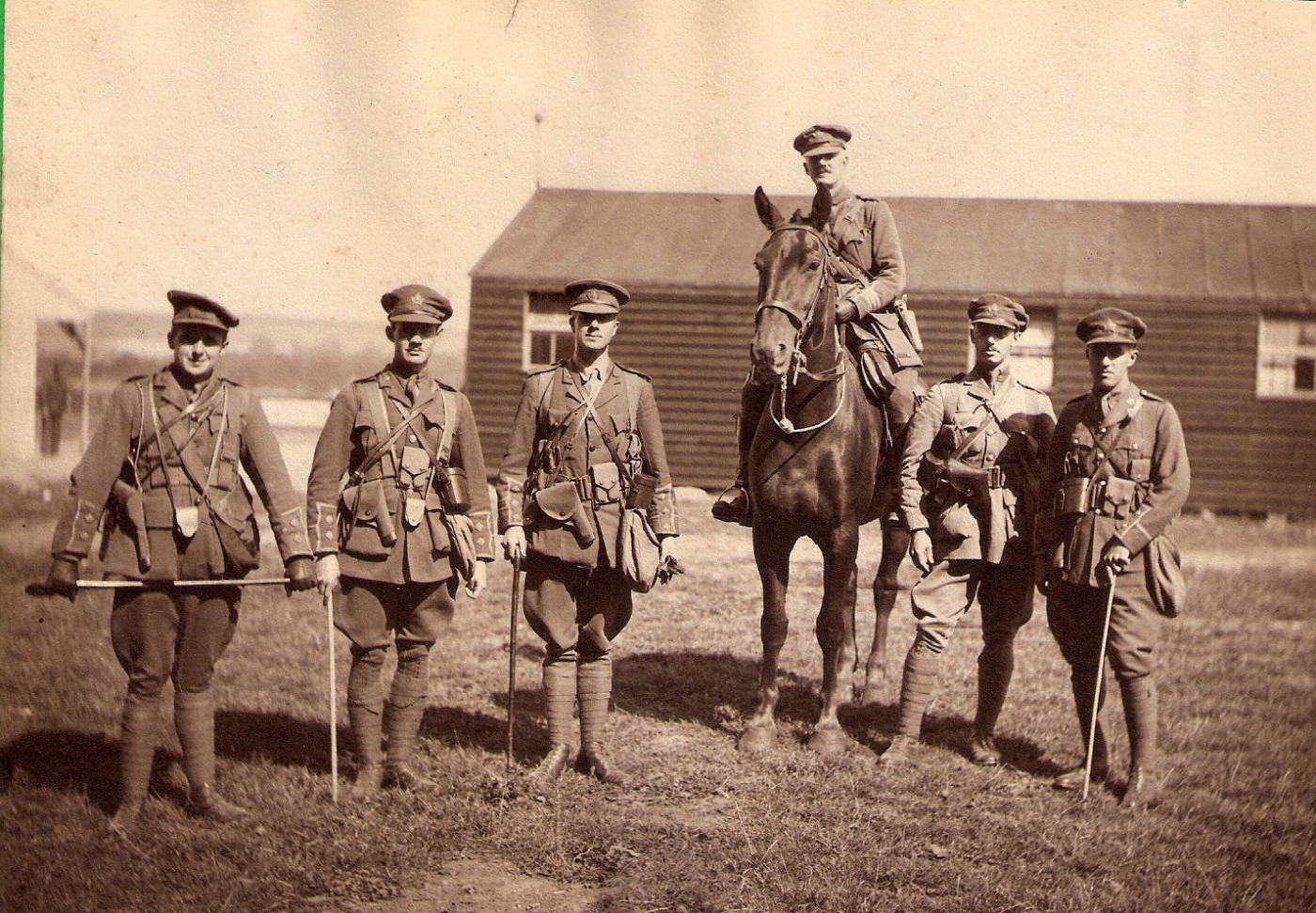 History and memory can be tenuous. As time passes and the source of history – the people who experienced the events – fade with each death. With each passing year after an event, be it small or world shaping, there is a loss of the source of information about the event. There are books, archives, and other concrete sources to reference, but it is that history that is personal and visceral, and to some the most cogent, that is lost with that inevitable passage of time pass. These “pieces” are the varied shaped snippets of information that make up the biography of a person.[i]

Each man that served with the 18th Battalion was a source of history. Often the narrative was uniquely personal. Some served but days before they were parted from the battalion, through death, wounds, disease, mishap, or bureaucratic forces. Some served from the Battalion’s inception until it was disbanded in May 1919. Each man had a unique experience.

One such soldier was Captain Edgar Howell Shuttleworth.

He exists in memory at this blog at several pages. He has a Soldier’s Page with some perfunctory information about him; he has a blog article outlining a written tribute to him; a reference to him in two letters[ii] by Major Stewart McKeough; as well as several references in the war diary.

Our knowledge of this man is but a sketch and one can review the diaristic construct of a service record, but these sources sometime do not illustrate the measure of the man. Each scrap of information of the soldier adds to the picture puzzle of his life and helps us know a bit more of him.

Captain Edgar Howell Shuttleworth was known by the appellation of “Dick”. Some people were not aware of this until they saw him being referenced by this name in the Memory written in the late 1970s. This small detail is a curious aspect of this man’s life. The most common appellation for Edgard are Ed, Eddie, of Eddy, yet this man is called Dick, which is most used for Richard.

For some this is small piece of minutia is a curious mystery, possibly of little consequence, but this name was used informally in a military setting or amongst peers for some reason. Some of the officers may have know the reason for the creation of this name for Captain Shuttleworth, the origin story, if you will. Once created any subsequent meeting of new comrades would engender an acceptance of the use of “Dick” for Captain Shuttleworth, without knowing it meaning. It would be nice to know the meaning.

In the scheme of things the use of this name was not an important part of the 18th Battalion’s narrative, but its import may have been in reference to a signal moment in Shuttleworth’s life that distinguished him amongst his peers for a name that meant something about his character.

We do know that the man or men who wrote that Memory 50-years after the war felt strongly enough to include it as one of the memories they included in their newsletter from all the material submitted.

As time passes history can pull information out from the dark into the light and we have some more information about Captain Shuttleworth that helps us know the measure and the makeup of this man.

In an email forwarded to me very kindly the following describes the origin of “Dick”.

“Your mention of the word Dick to describe my Dad [Captain Shuttleworth] needs some fleshing out.  He always liked being first so whenever there was a draw from stores for his company or for the company to move as a unit, they ran, with him in the lead. Thus ‘Galloping Dick’. I remember him being called that at several reunions and at the November 11 Parades.

Another anecdote, in training prior to WW1 the Battalion went on a week-end scheme at a local site.  They were to conduct night manoeuvres, there was a pretty good hill in their location, Dad’s Company were the defenders, another Company were the attackers. Both Companies spent the afternoon scouting the property, Dad scouted up whatever cars he could find and hid them on the other side of the hill.  After dark the “start” signal was given and the defenders moved the cars up to the crest of the hill.  When the defenders figured the attackers were close enough Dad signalled for “LIGHTS” the whole hill lit up and the defenders raced down, yelling and screaming and scattered the attack.

At the staff meeting following the Colonel[iii] upbraided Father for his un-sportsmanship and embarrassing the attackers.  Father asked him ‘Who won the battle?’”[iv]

This illuminating information is important as it resolves and solves the reason Captain Shuttleworth was called “Dick”. One can see more of the shape and nature of this man whose energy and enthusiasm was remembered so fondly 50-years after the war.

It also shows a part of the Battalion’s history that has scant information, the working up and training of the Battalion from its inception in October 1914 to its departure from London, Ontario in April 1915. This era of the Battalion has several news clippings relating to the events surrounding the life and men of the Battalion, but such sources that have been accessed by the author do not appear to offer the insight the War Diaries do in regard to activities and training during this time.

It does illustrate that Captain Shuttleworth was not afraid to think “outside the box” and utilize local resources to gain an advantage, which was decisive during this exercise. It also serves as a reminder that there are no rules in war. It shows that local initiative, even in a exercise, can tip the balance to those that innovate and adapt. One can imagine the frustration of the Colonel. There may have been carefully drafted orders relating to the training exercise and its intent and Captain Shuttleworth’s tactical plan upset all that bureaucratic effort. There is an adage about what happens to a plan when battle starts.

With these words Captain Shuttleworth comes into sharper relief. His men admired him and the actions in respect to the training exercise help one gauge the measure of the man. He was well regarded during and after his service and these anecdotes reinforce this nature of this man and his interactions and contributions to the men of the 18th Battalion.

Each piece of the puzzle matters.

[i] With special thank for Peter Moogk for reaching out with more pieces.

[iv] (Personal communication, October 20, 2020.) Note that this correspondence has been edited for spelling which should not affect the meaning of the content.

One thought on “What’s In a Name?”