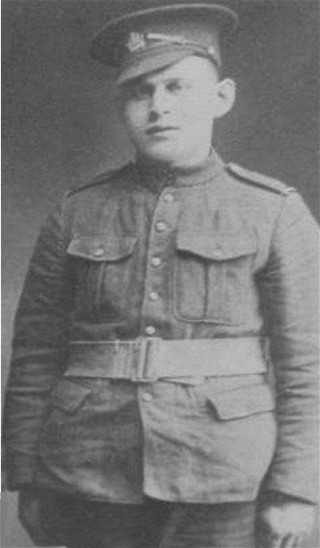 Corporal Frank Bryant died on November 9, 1917 along with 14 other comrades from the 18th Battalion. They were only a portion of the 45 men of other ranks killed along with a further 6 officers and 60 other ranks wounded and 1 officer and 25 other ranks gassed in Passchendaele. Thus over only 5 days the effective strength of the 18th Battalion declined approximately 13 percent over this period. A period that was so filled with action that the War Diarist made the unusual action of writing one diary entry spanning these 5 days.

Position as shown on Operation Order #167. Owing to bad weather and the continual shelling by the enemy the front line and supports were in poor condition, the mud and water in many places being waist deep.

During the whole of this tour the Officers and men held this part of the line under the most severe conditions possible. Great difficulty was experienced in the evacuating of casualties from the front line to R.A.P.s and dressing stations. Front line trenches were subjected to frequent barrages and the rear country [area] was also heavily shelled and bombed. The supports on this front were reached by a series of tracks, being trench mat walks, and rations had to be carried by mules up these tracks. Each track being subjected to continual shellfire, the transport and ration parties where fortunate in escaping with the loss of 3 men killed and 1 mule which fell off the duckboard track and owing to the depth of the mud, had to be shot. Splendid work was done by the Battalion Stretcher bearers in tending and evacuating the wounded.

During the night of the 12/13th Battalion was relieved in the front line by the 87th Canadian Battalion, relief being completed by 6 a.m. 13th. 18th Battalion commenced arrival at POTITZE CAMP at 8 a.m. officer[s] resting then proceeded to Ypres and entrained at 11.30 a.m.

The total casualties from this tour approximately:

Killed in Action: 45 other ranks.

On the 9th of November the following soldiers died: